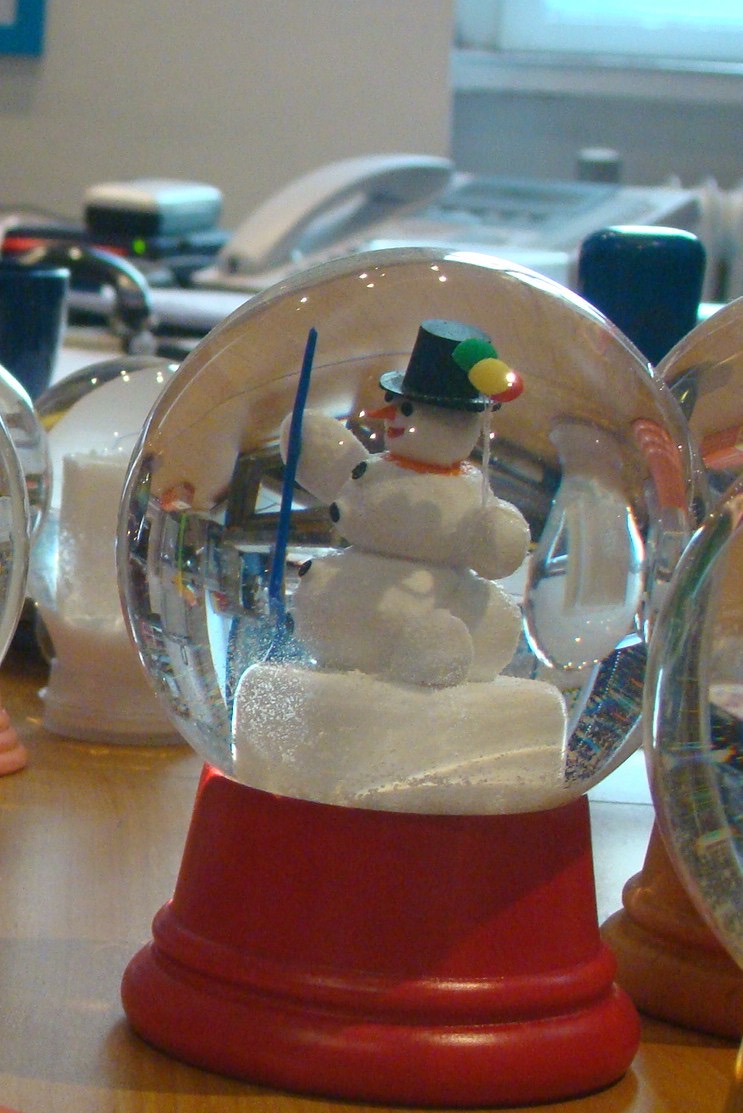 “If we’re lucky, it won’t stop snowing for the next 80 years. Don’t stop shaking it. That would be disastrous – for the snow globe. The worst thing that can happen to a snow globe is leaving it alone. The flakes can clump together, making it difficult to stir up a nice snowstorm,” says Erwin Perzy III, Father Frost in person.

He should know, because for once it wasn’t the Swiss who invented the snow globe. Instead, an Austrian did: a surgical instruments mechanic, Erwin Perzy I, who has since passed on. In the late 19th century, he tried improving the lighting conditions in surgical operating rooms and experimented with water-filled glass globes. He added various materials, so the globes would reflect light. Semolina grains reminded him of falling snow. He stuck a miniature of Mariazell Basilica inside the glass globe and sealed it so it was airtight, thus inventing the first “glass sphere with a snow-like effect.” An imperial honor, three generations and millions of snow globes later, and the permanent snowfall is still a hit. The snow globe is untouched by global warming. It turns a cold shoulder to the financial crisis. It doesn’t matter how fast the world spins around the snow globe. Let it snow, let it snow, let it snow. A White Christmas is guaranteed – even in Honolulu. The Ministry of Education of the United Arab Emirates is one of the company’s most loyal customers. UAE elementary schools are all decorated with snow globes. The children should know what a real snowfall looks like – up close.

Though the competition is obviously not asleep in hibernation. On the contrary, snow globes from China are marketed all over the place. Erwin Perzy doesn’t take the competition seriously

However, the original snow globes are still made in Vienna – and only in Vienna. Though the competition is obviously not asleep in hibernation. On the contrary, snow globes from China are marketed all over the place. Erwin Perzy doesn’t take the competition seriously. “Only in our original globes does it snow lightly, naturally and for up to two minutes,” says the Snow King himself. “And our customers appreciate that. Our snow globes don’t contain any Asian frills or glitter-glimmer effects – you’d be looking in vain for that here.” He’s all relaxed and laid-back, as usual. Because when it comes to making snow, the Perzys have over one hundred years of experience – as for the Chinese, let ’em try and copy that one!

In a former horsemeat butcher’s building in Vienna’s 17th district, some 200,000 snow globes are manufactured annually. These days, it’s no longer butchering that’s important, but inventing. Every year, 40 to 50 snow globe scenes are added to the 2,000 existing ones – all conceived and developed by the boss himself. Snow globe customers are legion. But both customers and their wishes defy categorization. There is the mother who gives her son a snow globe for his 40th birthday and, inside, the snow falls forever on his childhood pacifier. Or there’s the grandson, who gives his generous grandfather a snow globe to thank him for the mansion grandpa just bought him – of course, inside there’s a replica of the house caught in the middle of a snowstorm. The 2005 winner of the Golden Viennese Brain Award – a prize given for outstanding research work – receives a snow globe with a golden brain in the center. The watch group Swatch put a clock in a globe. After a year, time stood still. The battery had died, but it still kept snowing.

“Weapons are taboo. It should remain an ideal world. There are no tanks. Though I don’t have any objections to penises.”

Not everything makes it into Erwin Perzy’s snow globes. Murder, war and mayhem remain outside. “Weapons are taboo,” he says. “It should remain an ideal world. There are no tanks. Though I don’t have any objections to penises.” But whether it’s a brain or a house – everything is handmade. The base is made of plastic, the miniature figures from recycled plastics. The water is original Viennese mountain spring water. Erwin Perzy swears by it. He says the water is very clean and hardly contains any bacteria. So there are no green or brown deposits that coat the globe from inside. The ideal world remains immaculate. But what is the snow made of? 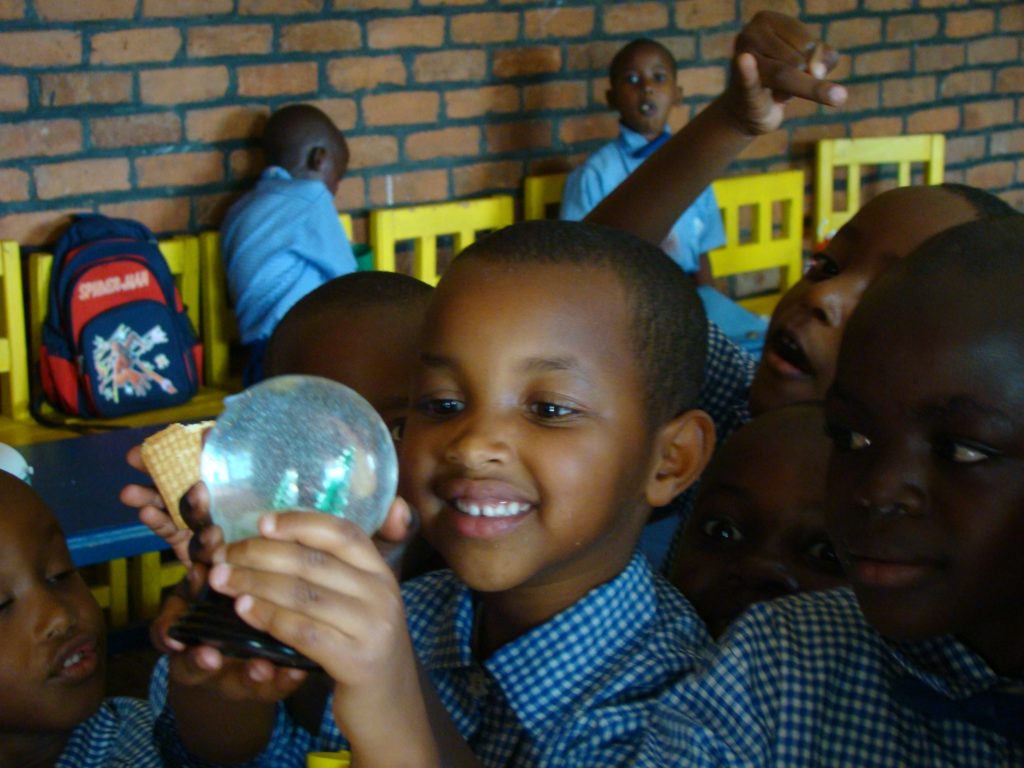 Orphans in Rwanda with an original snow globe. (Photo: Wüthrich)
The recipe is a secret – top secret. The formula is locked away in a vault. Erwin Perzy III and his daughter Sabine Perzy II are the only persons with access to it. Perzy shrugs as he acknowledges the parallels to Coca-Cola and its closely guarded secret recipe. “You definitely can’t put Coca-Cola in a snow globe.” Since we’re now into comparisons, let’s try another one: Snow globes are like sushi. The globes are very exotic for the Japanese – like raw fish is for us. Small, strange and surprising. The Japanese love them. Every third one ends up in the land of the rising sun. The globe isn’t just a connoisseur-and-prestige object in Japan. Bill Clinton and Ronald Reagan have original Viennese snow globes. The order for President Obama came at such short notice that Perzy had to decline the order for now. But even in the thickest of snow flurries, the following is clear: Anybody who is anybody bites the bullet and takes a snow globe to heart – symbolically, of course. Except for James Bond. He stands tall in the eye of the snowstorm – stirred, but not shaken.