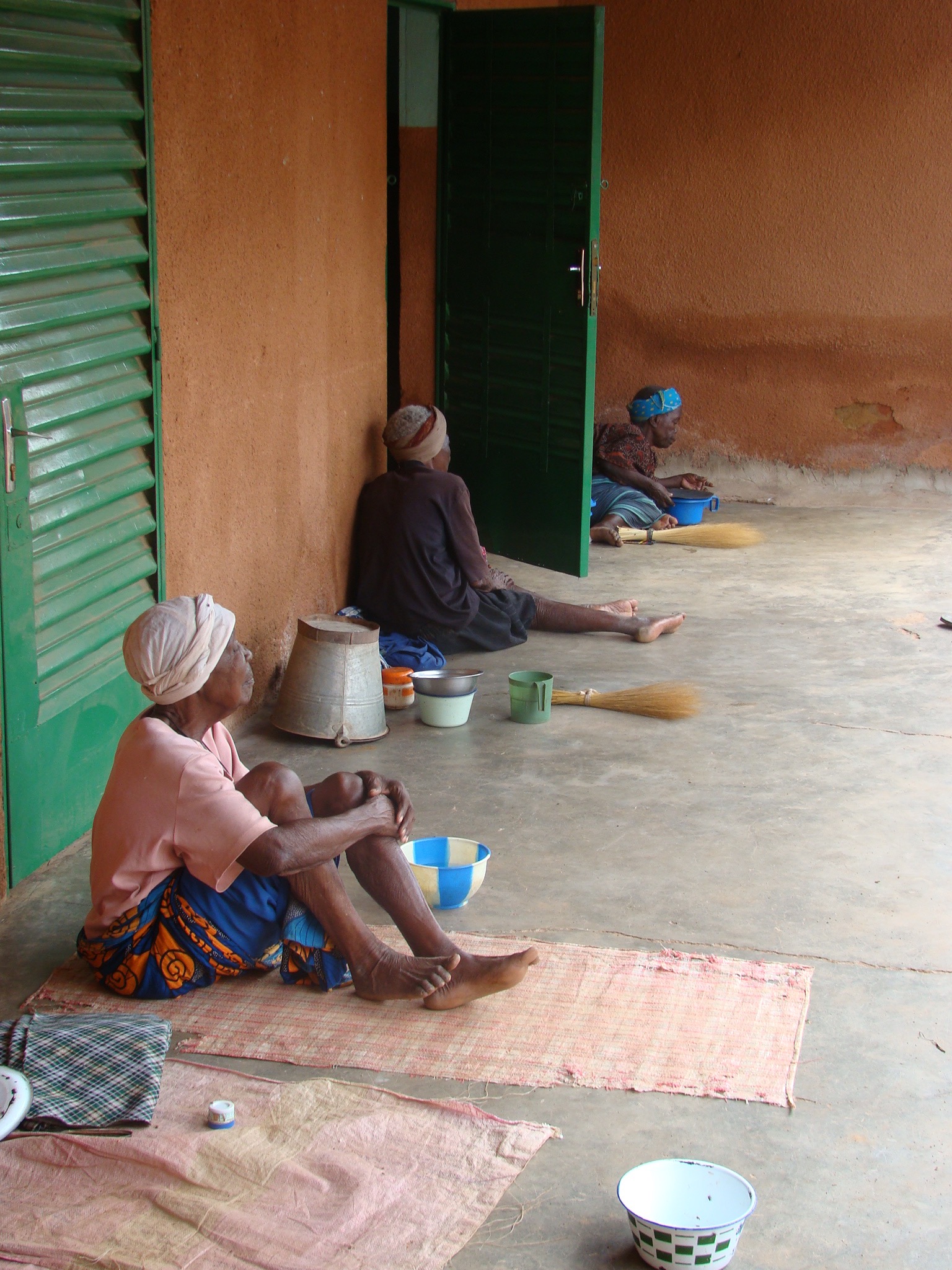 In Burkina Faso, women are accused of witchcraft and expelled. It is mainly older women who serve as scapegoats for inexplicable deaths. For the women affected, the last option is usually suicide or life in a “witch house.”*

The village community has gathered in front of the mud huts for a crisis meeting. Several children died in just a few days. Malaria, meningitis, AIDS, malnutrition or diarrhea could be the cause. In Burkina Faso, almost every fifth child dies before turning five. Doctors barely manage to make it out to the remote villages. There aren’t any roads or electricity. The deaths are never cleared up. There is only one doctor for over 20,000 residents.

It’s the soul-eaters fault
Villagers, however, claim that “witchcraft” is behind the inexplicable deaths. A soothsayer helps find the presumed witch. In Mooré, one of the approximately 60 national languages spoken in the West African state, these witches are called “chouinba” – soul-eaters. They are accused of destroying people’s souls and killing them. The woman is beaten and quickly chased out of the village. The judgment is fatal for the accused party. Without a family, a woman is worth less than a chicken. Suicide is often the only way out. Those who decide to live life as a witch end up in a “witch house.” In Ouagadougou, the capital, there are two such refuges and they are overcrowded with about 600 women.

It feels like you are in a run-down retirement home that has no nursing care or furniture – and no running water or electricity either.

The “Cour de Solidarité de Paspanga” is one of the reception centers. Here, more than 100 women sit or lie on the dusty ground of the inner courtyard surrounded by barrack-like structures. It feels like you are in a run-down retirement home that has no nursing care or furniture – and no running water or electricity either. Many women are only scantily covered with a cloth. Their hair is cropped close to the skull. Their bodies are emaciated and dusty. Hardly anyone washes with warm water. The firewood is too expensive. Most of the women are too old and weak to work. Some spin cotton and sell it. Others look for edible waste at the nearby market. Catholic nuns provide the women with the essentials. There is one meal per day – beans and dried fish. The ladies share the little they have: sparse food supplies and tragic stories. 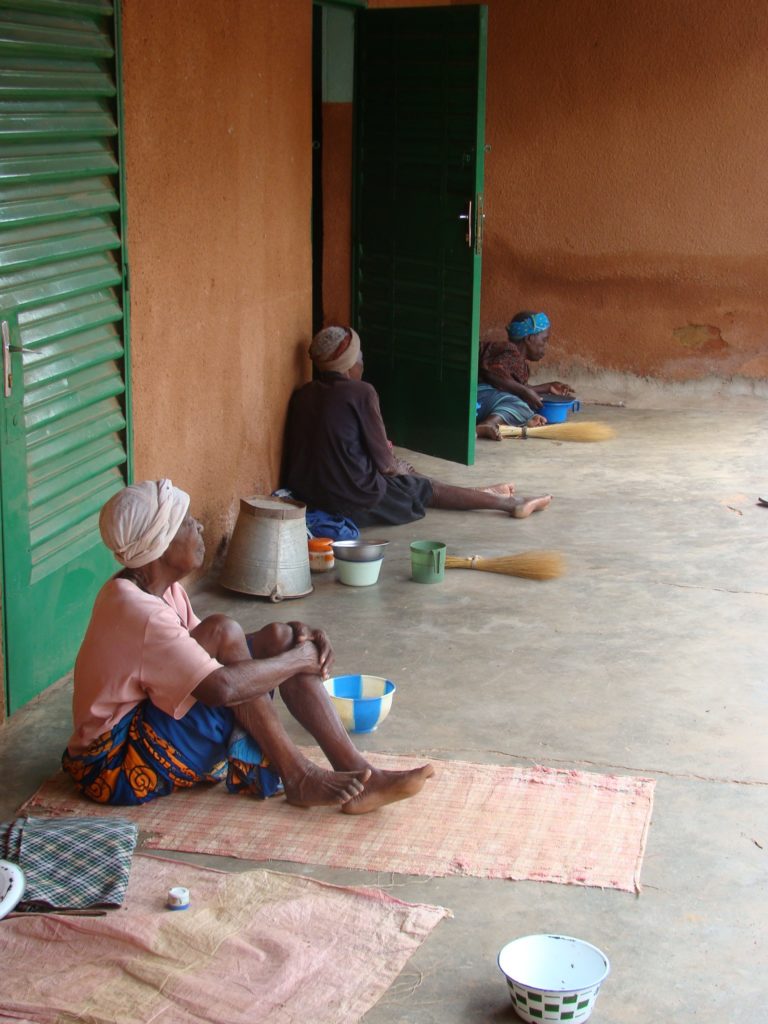 The “Cour de Solidarité de Paspanga” is one of the reception centers. More than 100 women sit or lie on the dusty ground of the inner courtyard surrounded by barrack-like structures. (Picture Wüthrich)

The prototypical witch
“The women all look like prototypical witches,” says Rosalie, a Catholic nun, who looks after the women. “Young girls are not kicked out, because they can work and bear children. Old women, on the other hand, are often viewed as a burden. If they are childless, unmarried, widowed, or in some way don’t embody the customary image of a woman, then the ideal way to get rid of them is by banishing them as witches. In the event of an ‘inexplicable’ death, these women take the blame, becoming scapegoats. It seldom affects men.” Sister Rosalie speaks a bit timidly. The Ministry of Social Affairs has prohibited the Catholic nuns, who run the center, from talking to strangers. A conversation is only possible after embarking on an odyssey through Burkina Faso’s bureaucracy and obtaining an official permit from a senior official.

Amalie protected her mother from the mob and was quickly unmasked as a witch too. The two women share one of the small accommodations. Both will probably die there.

The outcasts resemble displaced animals: anxious, confused and helpless. They only tell pieces of their stories. The youngest woman, almost 40 years old, visited relatives. The day she arrived in their village, two people died. Since then, she has been considered a witch. Another woman was accused of having appeared in sick people’s dreams before their death – a clear indication that she was a soul-eater. It’s also dangerous to do something for a supposed witch. Amalie protected her mother from the mob and was quickly unmasked as a witch too. The two women share one of the small accommodations. Both will probably die there. Reintegration is hardly ever achievable. The affected women are much too ashamed and fearful, the villagers too unreasonable.

“Evil existed before religion”
Ali Nooma is one of them. “The soul-eaters have always represented a danger,” says the 42-year-old man from Burkina Faso. “It’s just that, today, people are afraid to publicly admit it, because others might regard them as stupid.” The family father does not want his real name to be published. He works for an international company in Ouagadougou. His attitude has nothing to do with ignorance or lack of knowledge. Ali has a university degree, has traveled in Europe and is a practicing Muslim. “Religion and belief in witches are clearly compatible,” he says. “Evil existed before religion.” He substantiates his argument with traditional stories and newspaper articles. There is the wedding party that was poisoned by a witch; or there is the report about the four youths who tried to be witches and died in the process. And don’t forget the white tourist, who was hit by lightning, because he entered a soul-eater’s house. For Ali, it’s clear: The condemnation of witches should be integrated into the judicial system, to obtain some clarity – for perpetrators and victims. But what this clarity should look like remains questionable. 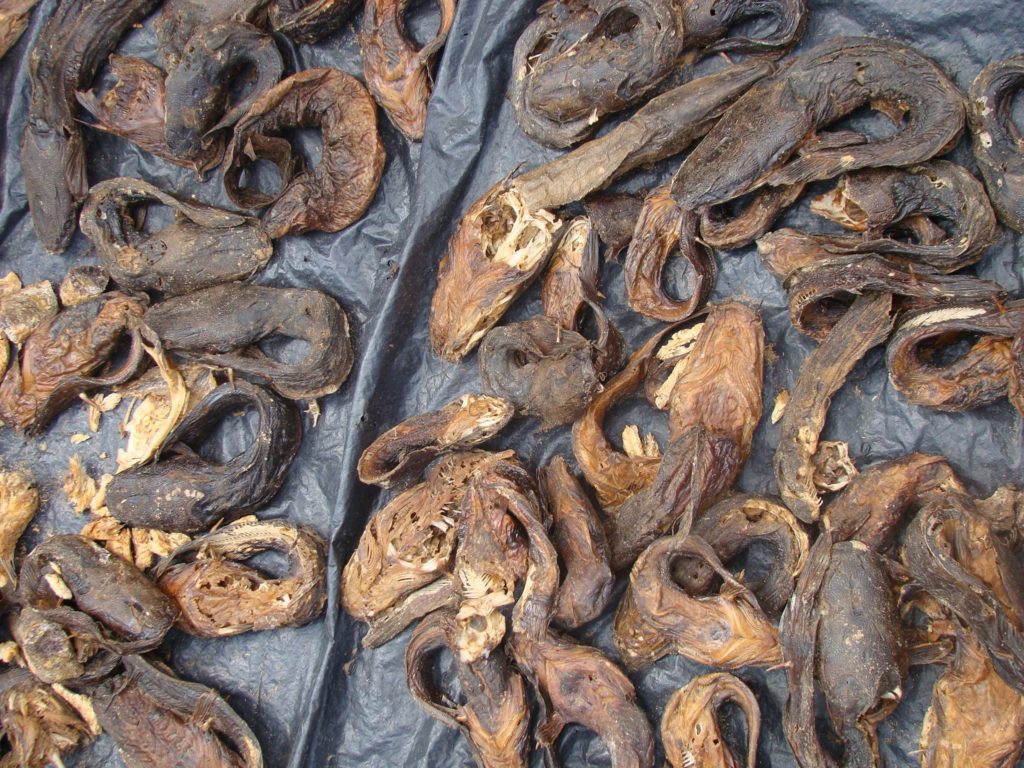 Information brochures for illiterates
The outcast women’s future remains gloomy. “There’s hardly any awareness,” says Fulgence Poyga, emphatically. “Not to mention up-to-date figures, statistics or studies. The law ignores perpetrators and victims.” With his organization, which is called “Woo-Laa” (useful thing), Poyga has spent the past ten years working on behalf of the stigmatized women, which involves doing educational work in the villages. He does not believe in witchcraft. It’s revenge, anger, grief, ignorance and disgrace that are behind the accusations, he thinks. About half of the nearly 16 million people in Burkina Faso live below the poverty line. More than 70 percent have no work. The nation’s dignitaries condemn the stigmatization of women. Salamata Sawadogo, minister of human rights, stresses that witch hunts violate all human rights. The president’s wife, Chantal Compaoré, and Mogho Naaba, the king of the Mossi ethnic group, are of the same opinion. They use information brochures to appeal to their people’s conscience. Unfortunately, they’re up against a major obstacle: More than 70 percent of adults in Burkina Faso can’t read or write.

Published on November 7, 2010 in the daily newspaper “st.Galler Tagblatt.”

* The author visited this witch house in 2010 and reported on her experience in various Austrian and Swiss media outlets. This article was published in 2010.