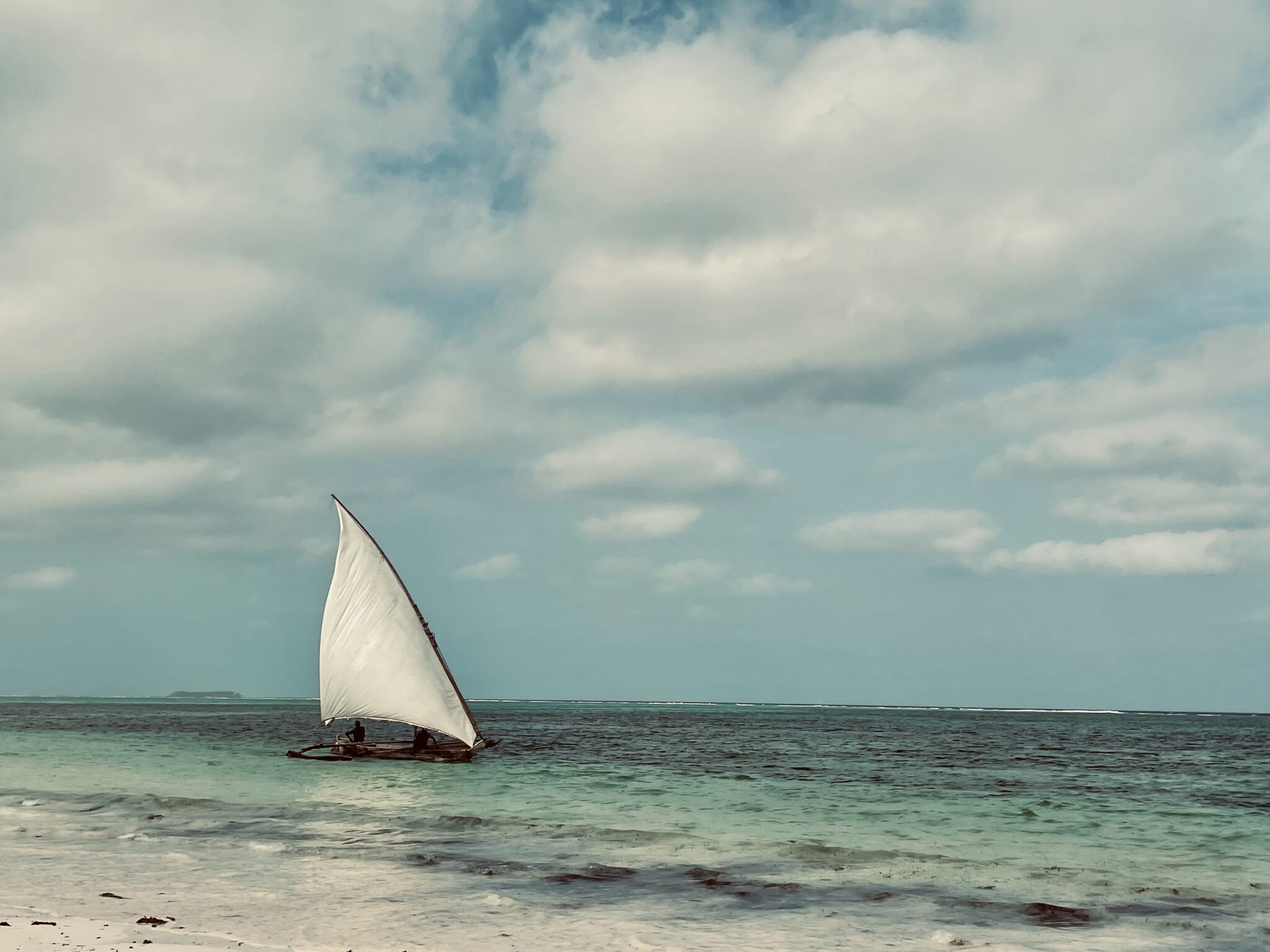 For this family whose daughter suffers from multiple disabilities, the most effective therapy is 11 hours by plane and 8,000 kilometers away from the family’s home. The therapy costs alone amount to several thousand francs for a few days. What should the parents do? Give up on their last hope, go into debt or try something new? This is the story of Fiona and the dolphins.

Blue skies, white beaches and crystal-clear water: The Caribbean island of Curaçao is a typical honeymoon destination. A happy place for couples holding hands – and for many children and adults using wheelchairs or walking aids. The Curaçao Dolphin Therapy & Research Center (CDTC) is the reason for this. CDTC offers “dolphin-assisted therapy” which is considered an efficient form of therapy for patients with developmental disorders or physical and mental illnesses. Driven by what is often their last hope, families with disabled children, but also couples and individuals suffering from tumors or mental illness, embark on the inconvenient journey to Curaçao. This includes Boris, Lukretia, and their 9-year-old daughter Fiora.

Fiora seemed healthy when she was born in November 2013 and she developed beautifully. Chubby and smiling, she showed little interest in crawling and sitting. “As parents, we were convinced that the little girl was a late starter as were the pediatrician and physiotherapist,” recalls Lukretia, her mother. But instead of making the desired developmental leap, Fiora found it increasingly difficult to move, coordinate her hands and eat. Feeding Fiora often took almost two hours. She also had epileptic seizures and an apathetic attitude.

After two anxious years of waiting and hoping, Fiora was diagnosed with Rett syndrome, which explained a lot but also called everything into question. It clarified the setbacks in development. Rett girls, as they are called, since the gene mutation almost exclusively affects girls, develop normally in the first few months of life – as did Fiora. The cognitive and physical regressions characteristic of the disease only become apparent later. At the same time, the diagnosis challenged every aspect of the family’s lifestyle: the place where they lived, the type of car they drove, their chosen careers, their plans for the future, and their ways of living together as a family. At the time of the diagnosis, Fiora’s little brother Romeo had already been born. Her older sister, Stella, was a teenager.

“Through Fiora, we learned to live in the moment, not to plan ahead too much but rather to enjoy our time with her.”

“We quickly realized that quarreling and grieving wasn’t going to help us as a couple or family, nor was it going to help Fiora,” recall Boris and Lukretia, the parents. “So we started to act.” They sold their house which wasn’t wheelchair accessible; looked for land nearby where they could build a wheelchair-accessible home and bought a bigger car. Fiora gained weight thanks to a feeding tube. The frequency of her epileptic seizures decreased thanks to medication. Today, the 9-year-old attends a special education day school where she benefits from various types of therapy.

Don’t hesitate – live in the moment
“Through Fiora, we learned to live in the moment, not to plan ahead too much but rather to enjoy our time with her,” Boris and Lukretia agree. Fiora will never be able to walk or talk and will always need help. For her parents, however, this certainly does not mean that Fiora should be written off. On the contrary, in conversation with other Rett parents, the two found out about a specialized form of therapy called ‘dolphin therapy.’ In the Summer of 2016, Fiora had a first brief encounter with a dolphin in Florida and things looked very promising. “We were used to zoo visits, where Fiora would fall asleep while we were looking at the animals,” says Boris, the father. She behaves quite differently when she’s in direct contact with a dolphin. The little girl claps her hands and is present and engaged. As for the dolphin, it also looks interested and keeps swimming past Fiora.

Boris and Lukretia contact different dolphin therapy centers and exchange ideas with parents whose Rett girls have completed dolphin therapy. It quickly becomes clear that the world’s leading dolphin center with German-speaking therapists is located in Curaçao – about 8,000 kilometers from the family’s home. It’s also clear that neither disability insurance nor health insurance will pay for it. “I started working part-time again with the goal of using the money to finance Fiora’s therapy,” recalls Lucretia, the mother.

By mid-2021, five years after Fiora’s first encounter with dolphins – it has become obvious that Lukretia’s plan isn’t working. Due to health problems, family stress and the Corona pandemic, the dolphin therapy project is shelved until sometime in the distant future. Time isn’t on the family’s side. “The older and heavier Fiora gets, the more complicated and expensive it is to travel with her,” says Boris, the father. “It becomes increasingly clear to us that she needs therapy now.”

“Shame doesn’t help anyone and doesn’t get us anywhere.”

It’s hard for Boris and Lukretia to ask for help and accept it. “We’re used to paying for everything ourselves – and then suddenly you’re sitting in front of an application for hardship assistance and feel ashamed,” they say, describing their experience. Writing off dolphin therapy isn’t an option for Boris, the girl’s dad. To his wife’s dismay, he decides to try crowdfunding. “I was ashamed that I couldn’t come up with the funds myself and that I now had to ask others for help,” recalls Lukretia, the mom. An acquaintance, who commented on the decision, put it this way: “What, you are marketing your daughter?”

Accept help or give up?
“Shame doesn’t help anyone and doesn’t get us anywhere,” says Boris describing his feelings. So, he contacts the Association for Children with Rare Diseases which immediately gives him a guide on crowdfunding. The family explains its project to the association and also provides detailed information and digital images. The association does the rest and posts the crowdfunding project for free on www.kmsk.ch and social media platforms. Boris and Lukretia share the link on LinkedIn and Facebook. But how are they going to collect about 12,000 francs in just 100 days?

48 hours later, the 12,000-franc limit is broken. Friends, family, colleagues from work, and donors make it possible. The Association for Children with Rare Diseases coordinates the donations that have been received, issues donation receipts and transfers the money to Fiora’s family without any deductions. Fast and direct. “Looking back, we should have gone to the association and started a crowdfunding project earlier,” say Fiora’s parents, analyzing the situation. “But we stood in our own way. Our own shame and our fear of the way people around us would react were our biggest hurdles.”

“What, you are marketing your daughter?”

In July 2022, Fiora finally makes it to Curaçao to see the dolphins. A German-speaking physiotherapist and a speech therapist take care of the girl. She spends two hours a day near the water and in it. The two specialists work with Fiora before and during the sessions. After a few days, she manages to grab a ring with her small hands and can sit by herself again for a few seconds without outside help. After two weeks, she reacts more quickly to her surroundings. For the first time in years, she sleeps through the night without waking.

Fiora’s parents, but also her teachers and therapists in Switzerland agree that it would be ideal if Fiora could repeat the therapy again. But you can only do a crowdfunding project with the Association for Children with Rare Diseases every five years. The family isn’t interested in pursuing more offensive financial strategies. “We don’t want to drag Fiora into the public eye,” the parents agree. Now it’s time to build on Fiora’s progress and to support her. The rest will follow. The next chapter in the story of “Fiora and the dolphins” is definitely forthcoming. It will just take a little time.

Rett syndrome is a genetic developmental disorder that occurs almost exclusively in girls. Those affected develop normally in the first few months of life, after which cognitive and motor development largely stagnates. Epileptic seizures and autistic behavior are common.