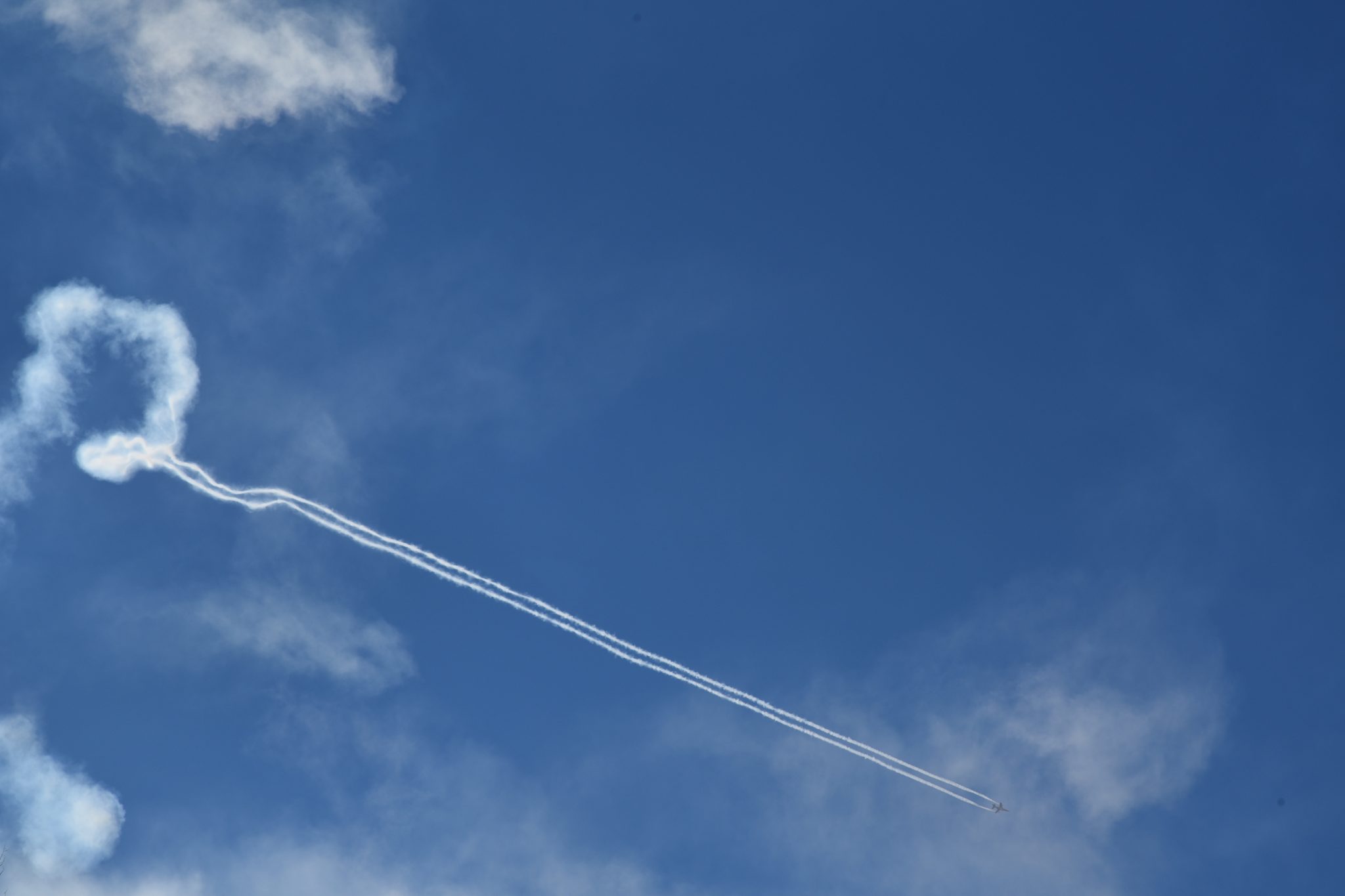 Half of the parents in Switzerland punish their children physically. The awareness campaign “Strong Ideas” is intended to change that.

Whether among friends or in the family, there are two things that people in Switzerland don’t talk about, even in their closest circle of friends. On the one hand, there is the level of income and on the other, how their own children are punished. The bank statement of the house bank and the penalty register for the children’s room are two social taboo topics. They differ in the fact that the handling of one’s own assets is subject to strict legal requirements, while the physical punishment of one’s own offspring lacks a strict guideline. Switzerland is the only country in Western Europe, apart from Belgium and Italy, that does not have an explicit ban on corporal punishment – despite constant international criticism and despite the fact that the United Nations Convention on the Rights of the Child expressly prohibits all forms of violence against children. According to the Federal Court, physical punishment in the domestic environment is not considered physical violence as long as its frequency and intensity do not exceed a “certain level accepted by society”. The motto is: as permitted counts, what does not disturb the public.

Two things are not discussed in Switzerland, even in the closest circle of confidants. On the one hand, there is the level of income and on the other, how their own children are punished.

On 22 October 2018, the Swiss Child Protection Foundation launched the nationwide awareness campaign “Ideas from strong children for strong parents – there is always an alternative to violence”. The multimedia campaign aims to focus on the behaviour of parents. The campaign is based on a new, wide-ranging study. Under the title “Punishment behaviour of parents in Switzerland”, the Institute for Family Research and Counselling at the University of Fribourg investigated how parents in Switzerland punish their children. 1523 parents from all four language regions were interviewed about their parenting behaviour. The aim was to obtain reliable figures on the frequency of violence in families in Switzerland. In addition, the study is a continuation of the studies conducted in 1990 and 2004. The 185-page final report not only defines parental violence, its forms and methods, but also details the causes as well as the subjective concepts of physical and psychological violence.

Every second child has already been physically punished
The study presents a sobering result. Half of the parents interviewed use corporal punishment in upbringing. This means that out of more than 1.2 million Swiss children aged between one and 15 years, more than 550000 have experienced corporal punishment at least once. Small children up to about six years of age are most frequently affected. Hand punches to the buttocks are the most common form of corporal punishment. Every fourth mother and every third father – around 700,000 parents in Switzerland – sees no violence in it. Less frequent is beating with objects or showering with cold water.

If violence is used, this often does not seem to be part of a deliberate, intentional educational attitude, but rather an unplanned reaction to a difficult educational situation. For example, if the parents feel annoyed, frustrated or provoked by the child.

Only for a minority of parents does corporal punishment belong to the usual educational practice. If violence is used, this often does not seem to be part of a deliberate, intentional educational attitude – but rather an unplanned reaction to a difficult educational situation. For example, when the parents feel annoyed, frustrated or provoked by the child. Physical punishment resulting from escalating interactions increases with the age of the child. For children under the age of five, however, misconduct and disobedience are more likely to give rise to corporal punishment. In comparison to the studies of 1990 and 2004, the current study shows that the proportion of frequently used violence in upbringing has decreased. The researchers also noted a continuous increase in the number of parents who stated that they never used corporal punishment.

“Dear Mommy. Look in the mirror”
Whether psychological or physical violence, the study notes that children whose parents use more violence are more likely to develop problems. “The authors of the study write: “There are highly significant and quite consistent connections between the reports on the frequency of violence and the children’s state of health and behavioural abnormalities,” and concretise: “These connections can come about both because experiences of violence lead to problems and because problem behaviour represents a risk factor for violence.” And it is precisely this pattern that the Swiss Child Protection Foundation’s campaign is trying to break through at various levels. In a short film, children explain how and why they are punished by their parents, what the punishment ultimately does to them and how their parents could react differently. “Dear Mommy. Look in the mirror”, “Papa, remember how you used to be and look into the clouds with me” or “Dear Mommy, eat chocolate” are the alternatives recommended by the children to scolding, screaming and beating. Printed on posters and T-shirts, the children’s recommendations get an additional platform. The campaign aims to offer alternative courses of action without being instructive or even accusing. Child protection Switzerland stresses that assistance get is a sign of the strength – because education demands and overtax sometimes . The campaign thus provides not only information and recommendations, but also space for self-awareness, ideas and perhaps the courage to talk, for example with one’s own family or friends. Conversations about how we punish our children or how we manage to look into the clouds together with them. 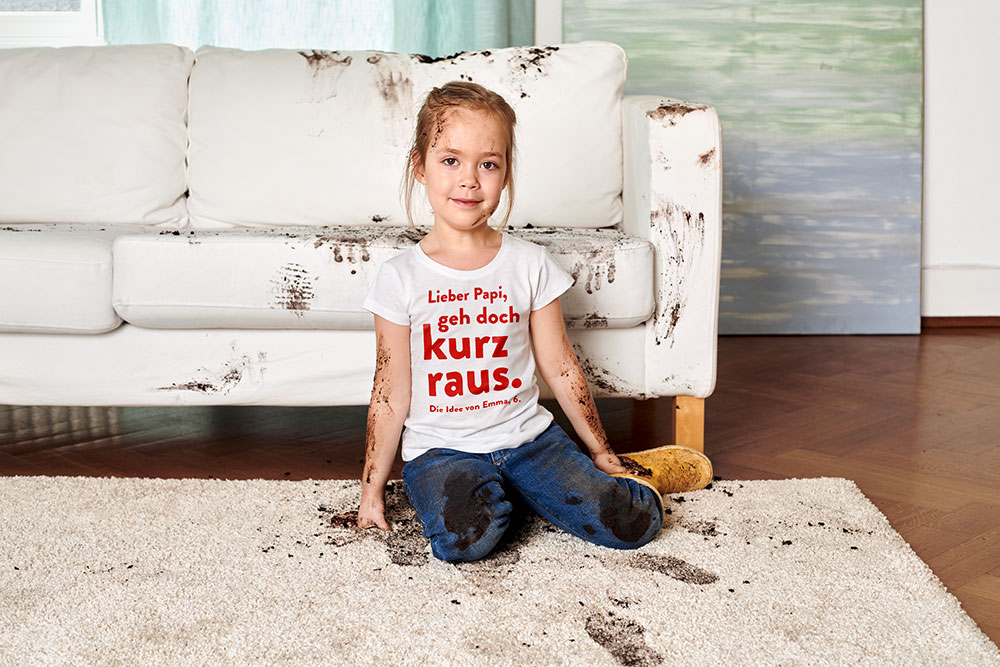 More in the text
University of Fribourg, Institute for Family Research and Counselling: “Punishment behaviour of parents in Switzerland. Physical and Psychic Violence in Education and Partnership in Switzerland: Momentary Survey and Trend Analysis”, 2017, commissioned by Child Protection Switzerland.

Continue on the Net
www.kinderschutz.ch