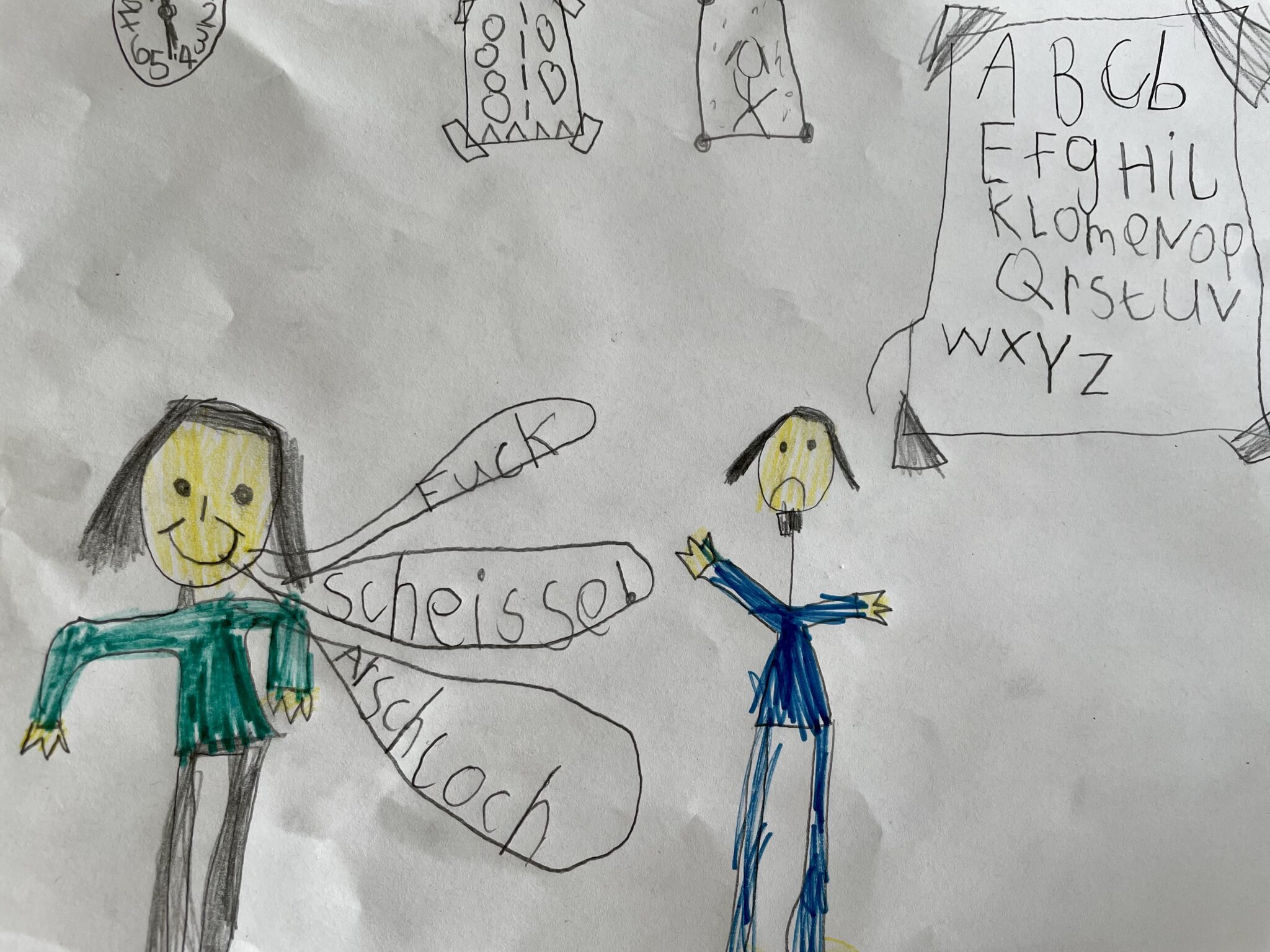 Sitting still, working hard and having a sense of duty: When it comes to the way today’s reward culture works in the classroom, many boys are slipping under the radar. As a result, they end up colliding all the more violently with the school punishment system. What’s wrong?

There are as many reward systems as there are teachers. Some stick smileys on tables. Others hand out awards or rely on glitter stones and sophisticated bonus systems. The situation is just as varied when it comes to punishment. Teachers give children crying face stickers and exclude them from classroom activities. They receive red or black warning cards, must sit alone by themselves at a table, and in the afternoon when everyone is free to go, they remain in the classroom. What stands out is that girls mainly receive the awards and boys are mainly punished. It is, however, impossible to speak in generalizations. There are “gentle” boys and “unconventional” girls. While notions of what is typically male or typically female are often based on subjective expectations, a number of studies provide the facts.

What drives boys is more likely to hurt them in school
In 2009, the German Education Council, an expert panel of educators, prepared a report on gender differences in the education system. It clearly states that boys and girls are treated differently and also graded differently. For the same achievements, girls get a bonus for more fitting behavior, more active participation, and for self-directed learning.

Has a boy ever been rewarded for winning a “spontaneous strength test” in the schoolyard? Or has “highly ambitious behavior” ever been awarded a silver star in the classroom? Hardly.

The scholars Detlef Berg, Lukas Scherer, Thomas Oakland and Timothy Tisdale published a study that shows that many teachers have different expectations for girls and boys simply based on their gender. The teachers commented on the type of behavior they expect from students, but the students also evaluated their own behavior. According to Detlef Berg, boys are successful in school “when they describe their behavioral styles in accordance with the ways teachers expect girls to behave.” Students are rewarded for being pleasant, diligent, flexible, for possessing a sense of order and duty, for being calm and compassionate. Typical boy behavior doesn’t help boys and is detrimental in the school context. Has a boy ever been rewarded for winning a “spontaneous strength test” in the schoolyard? Or has “highly ambitious behavior” ever been awarded a silver star in the classroom? Hardly.

Sigrid Wagner is familiar with scenarios like the ones just mentioned, having experienced them herself in the 22 years she spent teaching at various schools. The 65-year-old educator is also the mother of four sons and one daughter. Published in 2018, her book, “Das Problem sind die Lehrer. Eine Bilanz” [The teachers are the problem. A stocktaking], was and still is controversial today. Wagner clearly states: “Our school system has now shaped a new type of male student who is constantly forced to slip into female behavior patterns in order to get by at school.” Do male students really need to become more feminine in order to receive the same awards in class as their female classmates?

The effects of terms like “sun children” and “cloud children”
“When class begins, teachers often hand out things like smiling suns and crying clouds, but after a few weeks the teacher is faced with a classroom of ‘sun children’ and ‘cloud children,’” says Stefanie Rietzler, psychologist and head of the Academy for Learning Coaching in Zurich. The most the reward does is give well-adjusted kids a short-term incentive. However, those who never receive a reward feel punished and this has a lasting effect on them. “Situations like this usually don’t lead to a change of behavior, but to a stigmatization of the child,” says psychologist Rietzler.

If anyone is sent to the timeout room again, the student’s peer group thinks it’s really cool and courageous. This type of recognition runs contrary to the school’s logic and expectations, and ultimately sabotages any reward systems.

The risk of cementing the boys’ role as rebellious troublemakers is thereby present but not visible. According to educational scientist, Jürgen Budde, who researches boys’ behavior, boys are known to use displays of bravado, provocation, humor, irony and solidarity to accumulate symbolic capital and thereby gain acceptance into the same-sex peer group. These attributes don’t surface in reward systems. However, if anyone is sent to the timeout room again, the student’s peer group thinks it’s really cool and courageous. This type of recognition runs contrary to the school’s logic and expectations, and ultimately sabotages any reward systems.

Boys become indifferent
A passage from the book, Jungs im Abseits [Boys on the sidelines] by Leonard Sax, symbolically uses young male and female chimpanzees to show how their behavior is differentiated. Three anthropologists monitored wild chimpanzees in Tanzania for four years. The young female animals learned specific skills from their parents, including termite fishing, but the young male monkeys weren’t very interested in that. Instead, they wrestled with their peers or swung from branch to branch. “Of course, this can’t be applied on a one-to-one basis, but I have observed that it’s very important for boys to be on good standing with other boys,” says social pedagogue Roger Frick. “Some female students are well adjusted,” he adds, describing the typical classroom scenario. “The boys dominate the group dynamics in some classes. Teachers try to counteract this with reward systems.”

There is no reward system that does justice to girls and boys, that is also gender neutral, and that fosters each child and their performance level equally.

Roger Frick, the regional director of the Swiss Institute for Violence Prevention, gives continuing education courses on rewards and punishment. Held at vocational universities and teacher training colleges, the courses above all focus on handling challenging school children. “Based on our experience advising teachers, we know that neither a reward nor a punishment system works well,” he says, describing his findings. “The effect it has on boys is that they tend not to care.” In one of his training courses, a teacher who had a reward and punishment system that consisted of distributing and confiscating glitter stones described the following scenario to him. After a few months, a first-grade student came to her resolutely, put three stones on her desk and said clearly: “I’m done taking part in this.”

Feedback must be clear, direct and specific
There is no reward system that does justice to girls and boys, that is also gender neutral, and that fosters each child and their performance level equally. Schools need some alternatives. Roger Frick recommends providing effective feedback. This means that the teacher needs to provide clear guidance in class, reinforce correct behaviors, formulate feedback that is directly relevant to the tasks and educational objectives and seek individual solutions to resolve conflicts. Frick calls upon teachers to “stay persistent, invest in a good classroom atmosphere, in parent work and in networking with other teachers who teach the same grade as you.” Instead of glitter stones and crying clouds, logical solutions and outcomes should take priority. Oh boy – that makes sense!

Lio and his family: The long fight to leave behind lifelong isolation