1995 was supposed to be a lucky year for Viorica Capsa and her husband Nicolae. The policeman and the saleswoman were expecting their first child together. In September 1995, their son Ion was born. “I only saw him for a brief moment after his birth,” Viorica Capsa, who was 17 at the time, recalls. “He was severely disabled. The doctors said he needed intensive care and that the state could provide it.” She and her husband signed the paperwork. A few days after he was born, they went home without their son. “When we asked for information, we were basically given the runaround and dismissed. Three months after he was born, just after Christmas, I got a call that Ion had died – not in the hospital, but in a state orphanage.”

“casa de copii”
Viorica is not alone in her story. In Moldova, which was part of the Soviet Union until 1998, state-run institutions used to be in charge of caring for the disabled, abandoned, orphaned, or behaviorally disturbed children. Even after the Eastern Bloc collapsed and the state attained its independence, this rule remained. If a mother gave birth to a disabled child, the parents were put under so much pressure at the hospital shortly after the child’s birth that they often felt that they had no choice but to leave the child in the state’s care. The children were housed in a so-called “casa de copii” – which translates to “children’s home” and is essentially an orphanage. Often huge, these institutions created conditions that were generally catastrophic: No running water, no toilets, poor sanitation, and inadequate provisions of food, care and education. Forget about looking for heaters, showers or light switches – there were none. Disabled children were often left to their own devices and isolated. Those who survived were undernourished, neglected and traumatized.

After the collapse of the Soviet Union in 1998, the first pictures revealing the troubling conditions in Moldovan orphanages reached the public. UNICEF, international NGOs, and the European Union criticized the conditions in the orphanages. Moldova had to respond to the international pressure. The impoverished country was in no position to risk losing important financial backers like the European Union. In 2007, the state implemented its first action plan. Another plan followed in 2016. The goals were clear: By 2020, all orphanages were to be shut down and the children integrated into their own families, foster families or group homes. At the same time, the school system was to be updated; it should henceforth promote social integration, so that children with disabilities could attend public school. However, decision makers forgot to factor in the real conditions hamstringing Moldova.

“Before 2006, Moldova didn’t have any social workers, child protection services, government agencies for families, schools for children with behavioral problems or special needs teachers, and there was very little tolerance for disabled persons in Moldova,” recalls one local resident who helped create the action plan. “Children that were problem cases ended up in orphanages. We were a socialist state under the Soviet Union, and a socialist state doesn’t have any social problems. We suddenly had to recruit non-existent professionals to evaluate the orphans and their families. We had to find the children’s biological families, so we could notify them and prepare them for what was to come. Why should parents – who often weren’t even in the country – suddenly be responsible for their children? We needed to create programs to train staff and set up procedures to deal with the issue. Many children were supposed to be placed in foster care, but we weren’t familiar with this model. When the old system collapsed, the state bit off more than it could chew, asking too much of itself and of its citizens.” 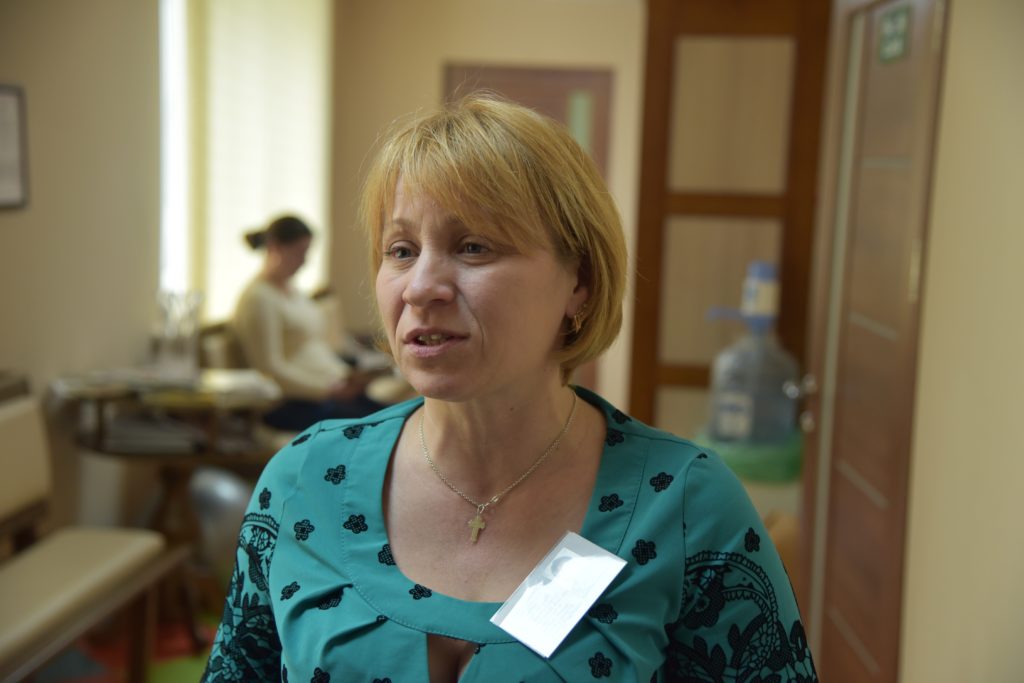 Comments like the one above don’t impress the authorities. According to them, the interim results look good. In 2007, approximately 12,000 children were housed in 67 institutions. Within five years, 62 percent of children were “discharged.” By the end of 2015, there were fewer than 40 institutions that still housed about 1,900 children who were waiting for a new home. These are the hard-to-place cases. Many of them have developmental disorders or disabilities. The biological families are not prepared to “take back” their children. It’s hard to place them in a foster home. The state pays barely 50 euros per month in child support, which is hardly enough to feed and clothe a child – and forget paying for therapy or proper schooling. Moreover, society is not used to dealing with the disabled and hasn’t been made aware of the issue. Up to this point, the disabled had been neatly locked away and taken care of. For one, parents, who refused to surrender their disabled children to the state, had gone undercover and took care of their offspring on their own – they were invisible and thus largely forgotten by the public and the state.

Lack of awareness and opportunities
Viorica knows this situation all too well. In November 1998, her second son Nicu was born. He too was physically handicapped like his older brother. The diagnosis was arthrogryposis multiplex congenita – in short, AMC. This is a form of congenital joint stiffness. In some newborns, the legs are folded up like a penknife at birth. If the condition isn’t corrected, these children will never be able to sit up properly on their own. Many AMC sufferers spend their lives in a wheelchair and need a caretaker. Their arms have a limited range of motion. Writing, getting dressed or using a wheelchair is something they can hardly do on their own.

“You yourselves made that decision to take care of your own child, so you shouldn’t be complaining now.”

Despite the diagnosis and pressure from authorities, Viorica and her husband decided to take care of Nicu themselves. They cared for him on a 24/7 basis – without access to therapy or helpful aids such as a wheelchair. Viorica carried Nicu to kindergarten every morning, and later to school. She waited in front of the classroom and carried him to the next lesson. On April 10, 2013, Nicu died before even turning 15. So that he and other families with disabled children would never be forgotten, Viorica founded “Nicusor,” a small therapy center in her village of Gratiesti, which is about 20 minutes outside of the capital city of Chişinău. There’s a big demand for this type of service and the four therapists who work there always have a packed schedule. The center is funded by donations, because most families come from poor backgrounds. The people who take their children there don’t have any money for therapy. “In Gratiesti, the number of families with physically and mentally handicapped children is unusually high,” says Viorica. It’s still a mystery why. When these families ask for help, the authorities and doctors tell them: “You yourselves made that decision to take care of your own child, so you shouldn’t be complaining now.”

Viorica in her office. Behind her on the wall a photo of her son Nicu. (photo: Wuethrich)

The disabled children and their families aren’t getting much out of the state’s action plans. Many children still don’t go to school, because class sizes in Moldovan public schools are really large and teachers use authoritarian, Soviet-era teaching methods that emphasize repetition and memorization. The teachers aren’t trained to handle “problem cases.” In September 2016, Moldova opened the first integrative school based on the British model and financed by an English NGO. But it only has space for 22 disabled children and adolescents who are allowed to attend class with other children of the same age. “That this model is the ideal solution to problems in our educational system is beyond doubt,” emphasizes the school’s director. What’s missing is the money. Without international aid, she adds, Moldovan educational technology will stop evolving and stagnate.

However, forgetting isn’t an option for Viorica. A photograph of her son Nicu hangs above her office desk. He would have turned 20 in a few weeks.

The situation in the orphanages has improved for all the children in recent years – thanks to reform efforts and international pressure. Nevertheless, Catalina Devandas-Aguilar, the UN’s first Special Rapporteur on the rights of persons with disabilities, issued a negative report about the Moldovan institutions after her 2015 visit. Today, she still speaks of alarming, inhumane conditions; of disabled children and adults, who are left to languish in isolation without any contact with the outside world. The Special Rapporteur was also shocked by the neglect and numerous allegations of abuse.

The locals don’t seem to care about the issue. They are preoccupied with their own struggle to survive. A doctor makes almost 200 euros. A day laborer earns a few euros a day. Social benefits or a pension are out of the question. Medical care isn’t assured. “Viorica’s therapy center” is an essential part of her own survival. Since the death of her children, it’s her reason for living. She would like to hire another therapist for teenagers. “This age group has been forgotten,” says Viorica, who’s now 40 years old. “They are regarded as too old for school, therapy or support.” However, forgetting isn’t an option for Viorica. A photograph of her son Nicu hangs above her office desk. He would have turned 20 in a few weeks.