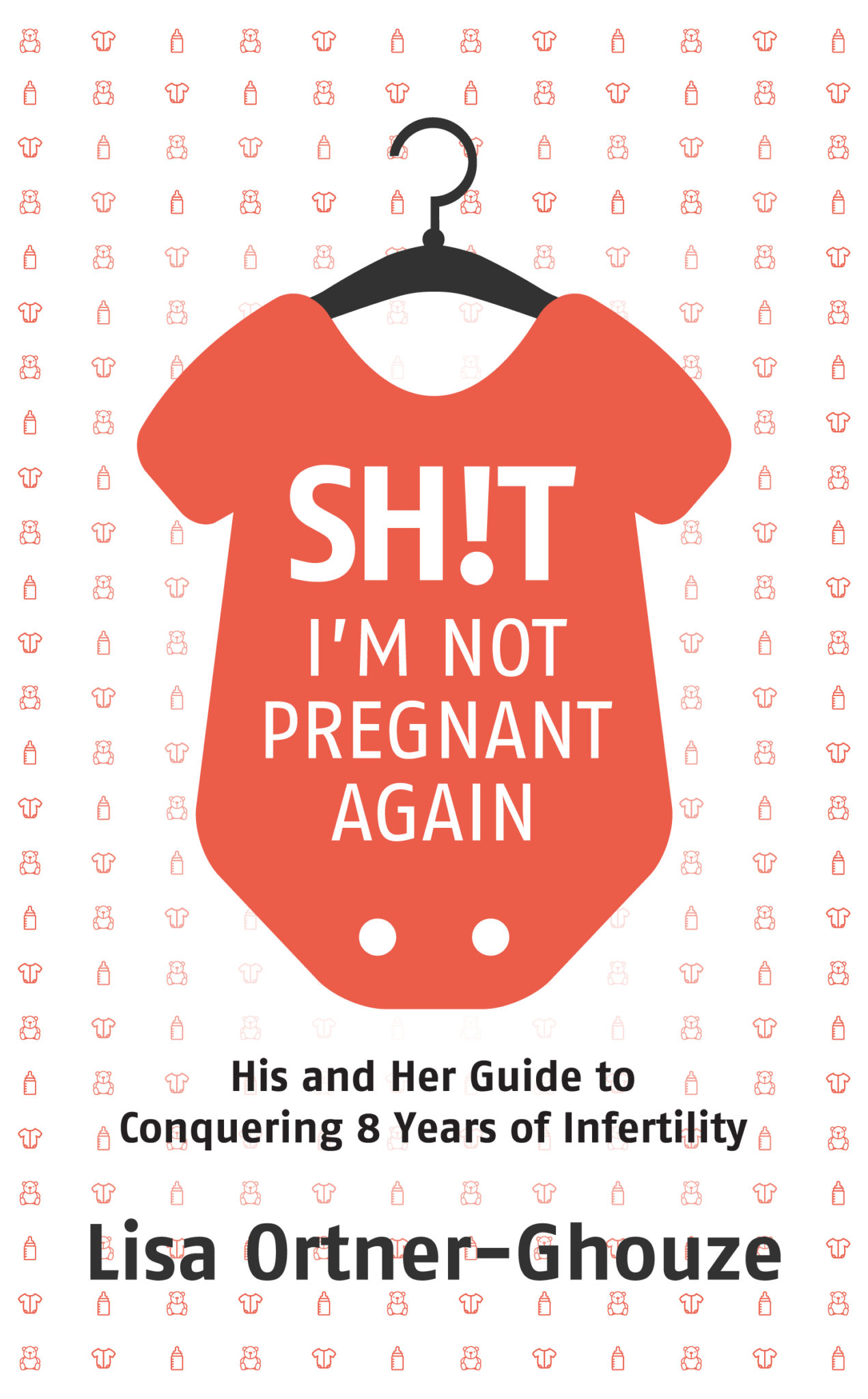 Unless consulted in their capacity as physicians, men rarely have a say in reproductive medicine – even though, in their capacity as partners, they play an indispensible role in fertilization. Providing sperm, putting up with mood swings, playing up their emotional and financial strength, and then sharing hope, doubts and joy with their partners or, singlehandedly, providing comfort. Even though being waitlisted as a father is a burden, it isn’t something fathers talk about, let alone write about. “When my wife asked me to co-author a book with her on her journey through reproductive medicine – i.e., years of treatment – I wasn’t thrilled,” says Firman Ghouze. “Things would likely come up that we’d never talked about and that wouldn’t be very nice. My wife wasn’t worried about that, so I added my perspective to the book.”*

“I divide the world into things we can control and things we can only influence in a limited way. Getting pregnant clearly belongs in the second category.”

Firman is in his late forties. A no-nonsense scientist, he currently works in biotechnology. “I divide the world into things we can control and things we can only influence in a limited way,” writes Firman. “Getting pregnant clearly belongs in the second category. That’s why, initially, I didn’t understand why Lisa reacted so emotionally.” Initially – that means October 2004. At the time, Lisa Ortner-Ghouze was a committed marketing director with a strong desire for children. “We had just gotten married and I knew that, at 37, I was way past my prime for having kids,” recalls Lisa. “My motto was clear: Don’t waste time. Try everything.”

Looking back, trying everything for these two meant undergoing 14 intrauterine insemination (IUI) procedures and 28 in-vitro fertilization (IVF) treatments – all in the course of eight years. The couple lived in New York then and private health insurance paid for it. “When I started the treatments, I had to take a course at the clinic to learn how to inject the medication myself,” recalls Lisa. “We practiced with an orange. For the first time, I realized how the romantic dream of having my own baby had turned into a medical procedure controlled by external forces.” The days of taking life lightly and enjoying it were a thing of the past. What followed were years of injections, treatments and mood swings – an out-of-control rollercoaster of emotions.

“There were times when I tried avoiding any form of discussion because I could only lose.”

“It made me feel like I was a passenger who isn’t even once asked how he’s doing,” says Firman today. “I’m really good when it comes to numbers, facts, doctor’s visits and blood count charts. It was harder for me to interpret and put up with Lisa’s emotions. There were times when I tried avoiding any form of discussion because I could only lose.” The two sought outside help in self-help groups and with personal coaches. 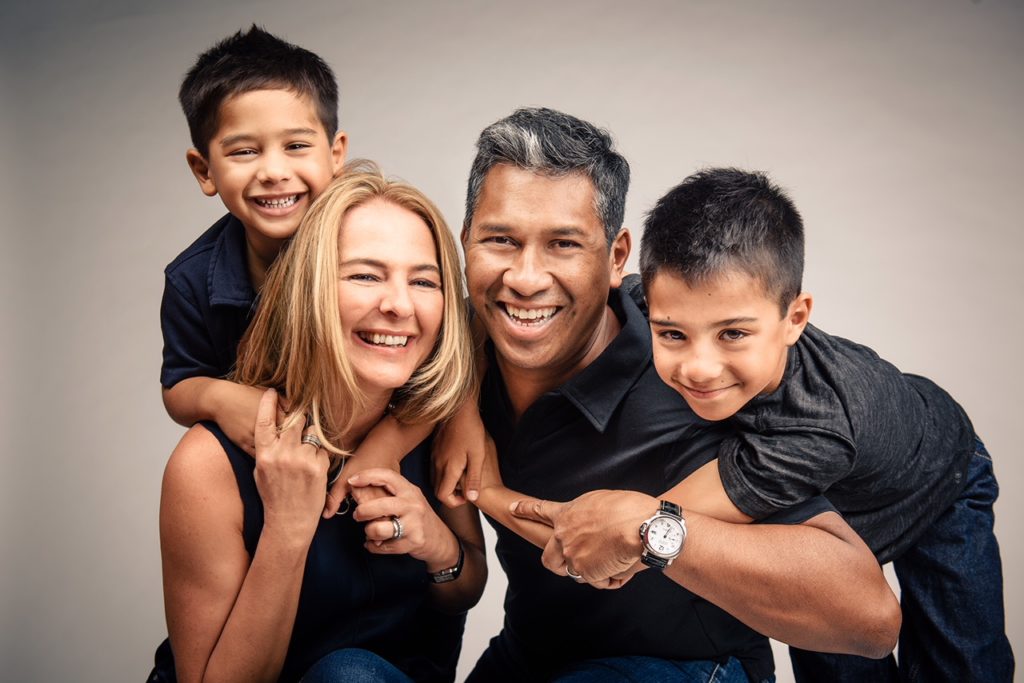 Not supporting his wife was out of the question for Firman. “I always try to interpret information and events rationally and to emphasize the facts,” he recalls. “It was always clear to me: I wanted Lisa to be happy; only then would we have a future as a couple.” He adds: “However, supporting Lisa also made my life – and our relationship – easier. In retrospect, I’d have to admit that there was a lot of egotism mixed in with my involvement.”

After a few failed attempts and some difficult periods, Lisa and Firman Ghouze became the parents of two healthy sons. In 2017, Lisa published her first book: Shit I am not pregnant again. Lisa and Firman write about their experiences in two separate sections. 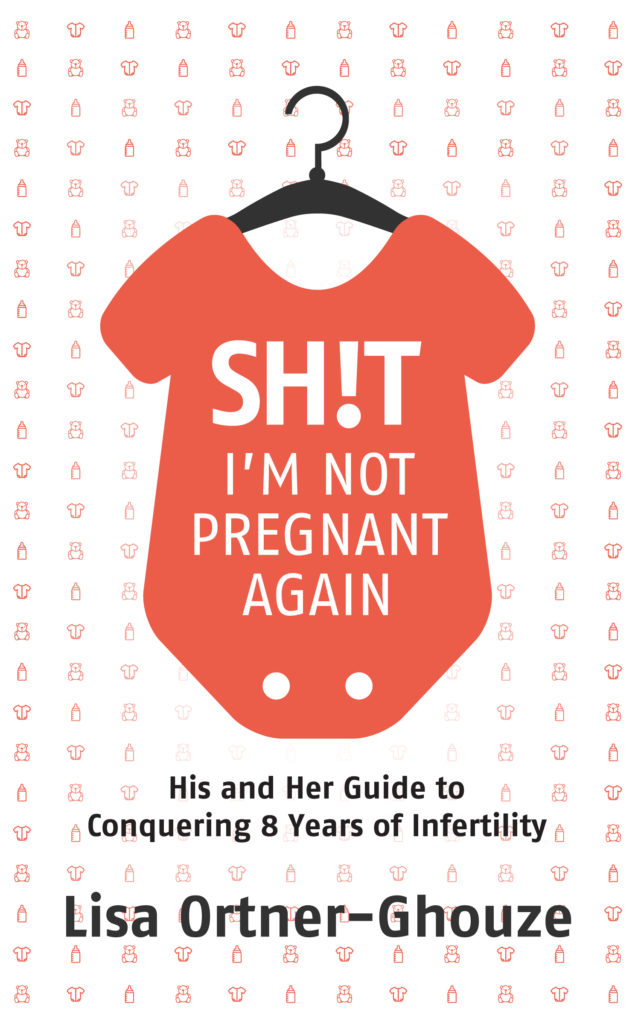