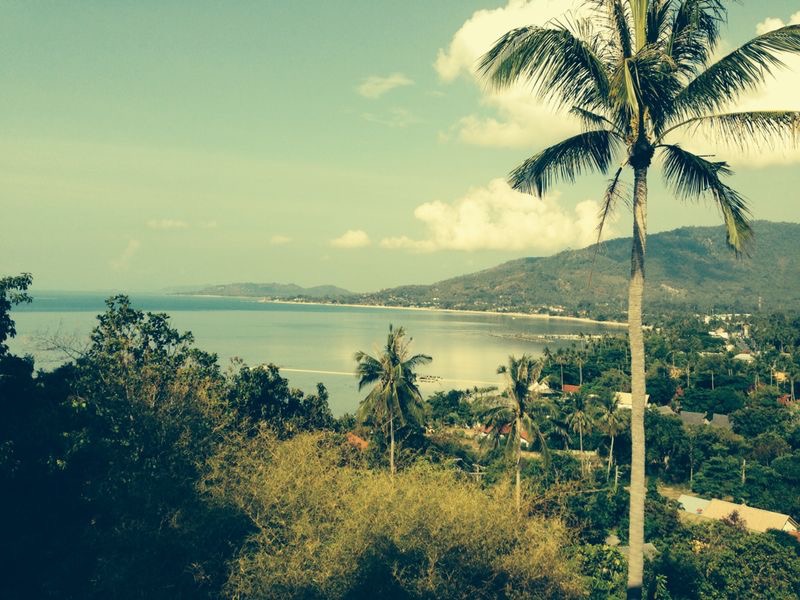 Many dream of retiring to Thailand, but paradise can quickly turn into a nightmare

The end often starts with a hip fracture. Slippery from the tropical rains, the retirees fall on the wet streets and break a hip. An operation at the public hospital costs about USD 4,500. The price doesn’t include rehabilitation and after care. These are horrendous costs for retirees, who have emigrated to Chiang Mai in northwest Thailand on their own initiative and with a small budget. They have canceled their health insurance in their homeland. As foreign retirees, Thai health insurance companies rarely accept them. To save money, many decide to go with the cheaper version: a strong belief in God. “When the doctors realize that the person who had the accident can’t pay the treatment costs, they call me,” says Nancy Lindley. The 64-year-old has lived in Chiang Mai for six years with her husband. She is the president of the expat club and the coordinator of Lanna Care Net – an organization that deals with foreign retirees whose health has been ruined and who have been ruined financially too.

Searching for warmth and true love
“When I speak with the person affected, the first thing I do is try to assess the situation and save what can be saved,” says the American. Is the person’s visa still valid? Do they have family members? Where did they put their personal valuables – passport, cash, bank cards, and maybe a motorcycle? “If the retiree lived in a cheap guest house or rented a small apartment before the accident, the person’s valuables already may have disappeared a few hours after he or she’s been delivered to the hospital,” says Lindley, describing her experiences. For the victim, it’s a clear case of theft. For the culprit – neighbors, household staff, landlord or so-called friends and partners – it’s a type of “compensation in kind for efforts made or expenses.” “The cases we are confronted with at Lanna Care Net are complex. They frequently involve a combination of alcohol, dementia, lack of money, expired visa, psychiatric problems and failed romantic relationships,” says Lindley. The prototypical “problem retiree” is a male with failed relationships in his homeland. Thailand is not just supposed to be the best retirement destination, but also the place to find the love of his life. In many cases, both turn out to be tragic miscalculations: Imbalanced relationships with usually much younger women fail and the laid-back life of the typical retiree lounging in the sun turns out to be an illusion. 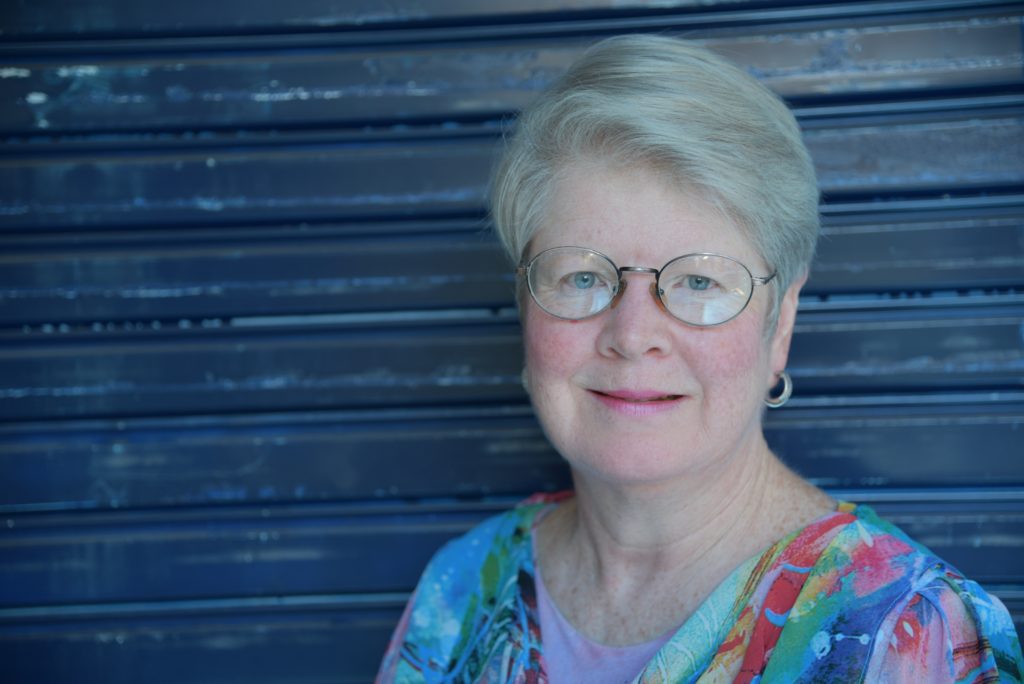 Nancy Lindley is the coordinator of Lanna Care Net – an organization that deals with foreign retirees whose health has been ruined and who have been ruined financially too. (Picture Wüthrich)

Those who don’t renew their visa are threatened with expulsion
With about 1.6 million residents (and 170,000 of them living in the city), the province of Chiang Mai is definitely regarded as a retiree’s paradise. The cost of living is very low; the standard of care is good, and the climate is comfortably warm. But Chiang Mai is also the place where retired foreigners, who don’t plan their retirement in full detail beforehand, pitifully lose their last shirt. It’s not clear to many retirees that to live a retired person’s life in Thailand requires a lot of prep time and a good social network – to help with such things as securing a visa and planning for future financial security and medical care. Who takes care of an older man who, after his wife dies, completely lets himself deteriorate? Who helps when a retired lady who’s on her own forgets everything: the PIN code to her credit card and extending her visa? Thailand gives foreigners that are over 50 and have more than USD 24,000 in the bank a so-called “retirement visa.” But those who don’t renew their visa on time are threatened with fines and finally with expulsion.

“I will die with my boots on,” the American says with conviction, somewhere while he’s out on some discovery tour.

Gerard, 78, shrugs his shoulders when he hears stories like this. The former school teacher doesn’t want to see his last name in the newspaper. Growing old is a private matter, he thinks. Chiang Mai is the place for his last eternal summer. Worrying about the future doesn’t have a place in his life. “I will die with my boots on,” the American says with conviction, somewhere while he’s out on some discovery tour. And if everything turns out differently than expected? Well, then he knows many young, beautiful women who are happy to take care of him. 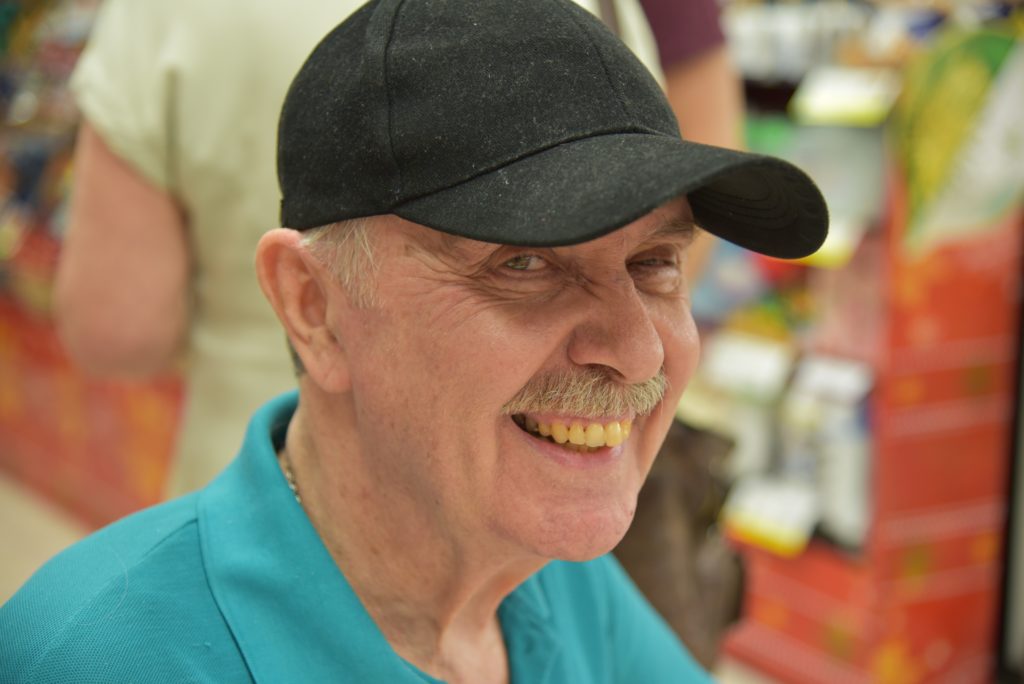 “I will die with my boots on.” Gerard, 78 years old,  Chiang Mai. (Picture Wüthrich)

David Descault is someone who knows how it feels when things don’t work out as expected. Ten years ago, the former stockbroker, who moved to Chiang Mai by himself – or with a massive alcohol problem – could not pay for an operation for a broken hip. His visa had expired. The unpaid bills started piling up. He does not have children or family members. Last fall, he was flown back to Los Angeles – financed by a credit from the US Consulate – and put in a public nursing home. In the future, his pension will be deposited directly into the nursing home’s account.

Only 600 Swiss nationals are registered as living in Chiang Mai. An estimated 300 more unregistered Swiss live in the city. Out of a total of about 900 people, 90 percent are retirees. To date, there are no known retirees who were forced to return to Switzerland. “I know there are Swiss citizens who have to get by on a very small budget,” says Andy Mannhart emphatically. He’s the president of the Swiss Lanna Society, the Swiss club in Chiang Mai. These Swiss are those who – to save money – can’t or don’t want to pay the one-time club registration fee of just USD 45 or the annual fee of USD 30.

The last plane ticket should be Zurich-Chiang Mai
Mannhart, 62, has lived outside of Chiang Mai for six years. For the trained cook and businessman, who as a self-employed entrepreneur equipped hotel kitchens worldwide, it was clear that after he retired he would not return to Switzerland. The man from Arbon, Switzerland, founded a residence for retired Swiss on a 60,000-square-meter lot with a lake. Surrounded by rice fields and a small village, the property currently has nine bungalows and a communal pool as well as a stable to house Mannhart’s horses. Each house costs about USD 250,000. The nine residents – eight Swiss nationals and one Australian – don’t need care – at least not yet. For now, the retirees commute back and forth between Switzerland and Thailand. They all have the same long-term goal: to spend the last years of their life in their new, warm weather homeland. 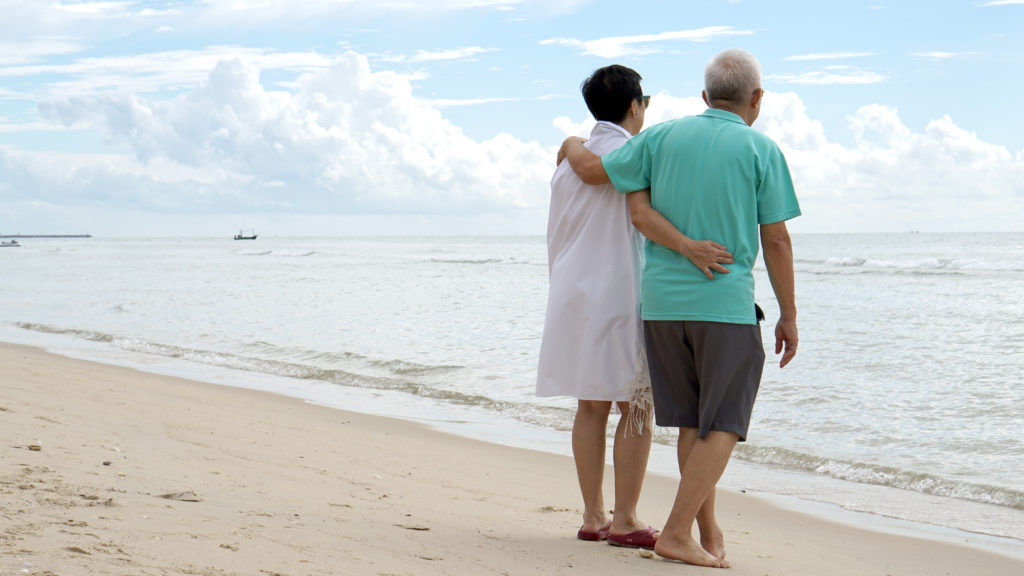 Harmony, Health and personal freedom: An older couple walking together on the beach.

Christine Peter has lived in the residence founded by Mannhart since 2013. The former handicrafts teacher always liked Thailand and spent years looking for the right retirement arrangement. She didn’t leave anything to chance. She was present when the house was built and helped design every detail. The spacious kitchen, the room for guests, and last not least the wide glass door to the veranda through which a nursing bed could easily be pushed. “I hope that Zurich-Chiang Mai is written on the last plane ticket I book in my life,” says the 68-year-old. “To grow old here is a dream of mine: self-sufficiently surrounded by my own four walls and, if necessary, with nurses who take care of me 24/7.” Christine Peter doesn’t worry about getting lonely in Thailand, away from family and friends. “I’m connected to the world via Skype, the telephone and the Internet. It’s also a lot more interesting to visit me here than in my apartment in Uster.”

For about USD 1,200 monthly, you can hire someone to take care of you at home round the clock.

According to the information platform “Live and Invest Overseas,” Chiang Mai is one of the world’s top ten destinations for an affordable and safe retirement. Chiang Mai is currently in spot no. four – right behind the following top destinations: Algarve in Portugal, Cuenca in Ecuador, and George Town in Malaysia. The cost of living in Chiang Mai is about half as much as in Bangkok or about one-fifth of the cost of living required to live in an American city. For about USD 1,200 monthly, you can hire someone to take care of you at home round the clock.

Everything is included and a bit more expensive in a 5-star resort
Australian blogger Godfree Roberts, 74, put the cost of living to the test. Based on his experience, about USD 1,400 a month is enough to cover the basic cost of living for a retired couple. But Robert’s cost calculation is to be taken lightly, because the retiree is, among things, author of the book “How to Retire in Thailand and Double Your Income.” Unplanned expenditures for hip fractures and the like are not taken into consideration – instead, he mentions saving money by eating at the Buddhist temples where free food is given out.

By choosing an “all-inclusive option,” retirees can reduce the “rude awakening in paradise” to a minimum. Located outside of Chiang Mai are Vivo bene, a 5-star resort specializing in dementia patients, and Baan Kamlangchay, a well-known retirement center. Both institutions are under Swiss direction and, if needed, offer care on a 24-hour basis. To stay there costs several thousand Swiss francs a month – but in return, resident retirees don’t have to worry about anything any more. It’s all included: living quarters, food, nursing care, and a support program. “If you would like to retire in Chiang Mai on your own dime, you should have a solid retirement fund, be health insured, be able to speak English, and have a certain degree of flexibility,” recommends Honorary Consul Marc H. Dumur. He’s not worried about the Swiss retirees who are already there. For the most part, they are organized and have adjusted well. It’s rather the young Swiss nationals with disability insurance who settle in Chiang Mai and have a frail psyche, take strong medications, and receive a disability pension who present more of a headache to the honorary consul. “There are two to three cases annually in Chiang Mai where young people with disability insurance commit crimes. The court requests that they be sent home and that is indeed the best solution. The costs are borne by the person affected or their family,” says Dumur. A Swiss national with disability insurance was recently detained in prison, because he sprayed the following words on a house wall: “I love Thailand. Fuck the police.” It’s highly unlikely that Swiss retirees will freak out and have episodes like this.
Published “NZZ am Sonntag”, March 2015