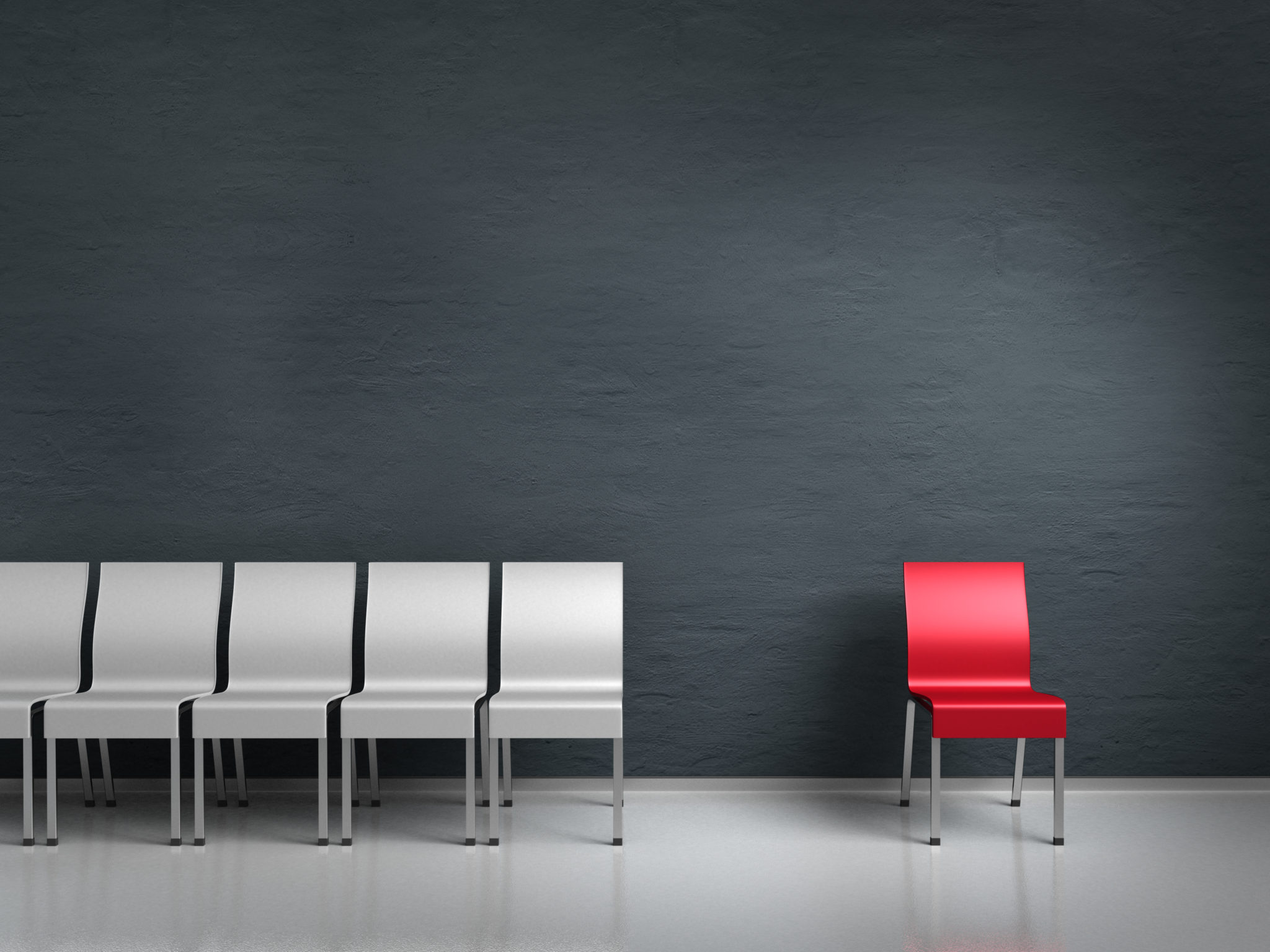 Many people who suffer from autism are first diagnosed as adults – or never. Why?

Iris Köppel often thought that her parents weren’t her real parents and that her brothers weren’t related to her. She felt strange. This feeling was with her all the time – at school, when she did her elementary school teacher training, at work and in her private life. Depression, suicide attempts, therapy, and countless diagnoses followed. The constant feeling of “not getting her bearings in life” remained. In 2008, Köppel attended an advanced training course on the subject of autism – and realized: That’s me! At this point, Iris Köppel was 39 years old. A few months later, she was diagnosed with Asperger’s Syndrome.

Many adults are going through the same thing as Iris Köppel. “We see an increase in the number of inquiries from adults who have had a lot of problems all their life, but have only recently linked their problems to an autism-spectrum disorder.” This is how specialty centers like “Autismus-Hilfe Ostschweiz,” an autism support office for eastern Switzerland, describe the current situation. Autism gets a lot of media attention. That’s how people become aware of it and realize it’s what they are going through. They recognize their problems in the symptoms. But how is it possible for people with autism to remain “undiagnosed” for half their life?

It is estimated that one percent of the population suffers from an autistic disorder. But where are the thousands of autistic persons?

In 1944, when Hans Asperger used the term “autistic psychopathy,” he already described the symptoms of what later came to be known as Asperger’s Syndrome. But it took a few decades before Asperger’s work was taken up again, completed and finally included in two international diagnostic manuals in the early 1990s. Prior to this, for those affected, there was no medical explanation for “being different.”

Today, experts use the term Autism Spectrum Disorders (ASD) to cover all the different manifestations of autism: The spectrum includes serious disorders, some of which are associated with reduced intelligence (early childhood autism) to less severe impairments in people with average or above-average intelligence – for example, people with Asperger’s Syndrome or High-Functioning Autism. It is estimated that one percent of the  population suffers from an autistic disorder. For Zurich and its approximately 410,000 inhabitants, this would mean that over 4,000 people are affected with it; for Berlin’s population of 3.5 million, it would mean 35,000! But where are the thousands of autistic persons? 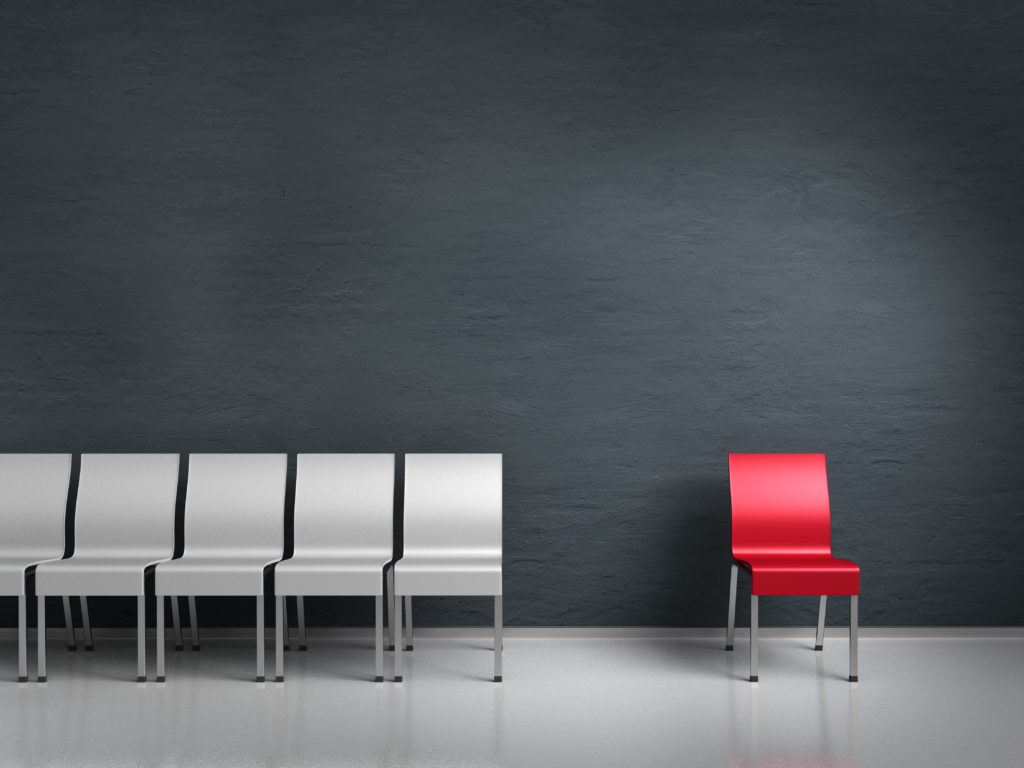 Autistic persons often feel that they are different from most people.

There is the salesperson who doesn’t look anyone in the eye, or the teacher who is unable to comfort a child. Affected persons often don’t realize that these weaknesses might be an autistic disorder. “Many people with ASD have come to terms with their ‘otherness’ – in part, without a diagnosis,” explains Florian Scherrer. The social pedagogue in St. Gallen supports and helps people with autism. “People like Iris Köppel often don’t stand out. However, coping with daily life and adapting to it is very draining for these people. They spend years searching for an explanation for their ‘difficulties’ and only come across the topic of autism at a later point in their lives,” says Scherrer.

“There are people with autism in every occupational group, in every age bracket, and in every social class.”

Trying to create a clinical profile for people with “late-diagnosis autism” makes no sense. “There are people with autism in every occupational group, in every age bracket, and in every social class,” says Scherrer. What they all have in common is usually a difficulty in showing emotions and in categorizing emotions. They also have trouble communicating spontaneously and mastering unusual situations. Everything that is dynamic or emotional – the small talk at an art opening or a colleague’s surprise visit – often can’t be “categorized” and creates difficulties.

Women are often better than men at compensating for these weaknesses. Reserved and highly observant, they try to copy behavioral patterns and cover up shortcomings. Men, on the other hand, are often “more awkward” in social situations. These gender-specific behavioral patterns are the reason why such a large number of women are among the “autistic late bloomers”. But what’s the point of getting diagnosed with autism once people have reached mature adulthood?

“It was very liberating for me to finally understand why I was offending people and unable to cope with life,” recalls Iris Köppel. I wasn’t afraid of being labeled an autistic person. I only hoped that I would now find the right form of support. On paper this means: Depending on the severity of the disability, disability insurance provides support in the form of a pension, coaching, job retraining, and a secure job.

“Oh, you have autism – what are your special abilities?” This question becomes absurd for people who don’t even know how to take someone in their arms and embrace them.

However, being diagnosed with autism isn’t just important for the affected person, but also for the people around them. “People now understand why I behave differently than expected,” says Köppel, summarizing the situation. “That makes working together and life easier.” Life is not free of conflict even with a diagnosis. The image of autism as having something to do with genius and brilliance is widespread among the public. Rain Man says hello. “Oh, you have autism – what are your special abilities?” This question becomes absurd for people who don’t even know how to take someone in their arms and embrace them.

Getting a diagnosis isn’t easy. Expect a wait of several months to get an “adult examination.” Adult psychiatry urgently needs to adapt to the changed reality of autism. Because the “autistic late bloomers” will no longer disappear – on the contrary. Or as an autism expert provocatively notes: “One percent of the population is affected. Who can guarantee that you aren’t a person with autism too?”

Published on April 4, 2017 in the newspaper, AZ Nordostschweiz.