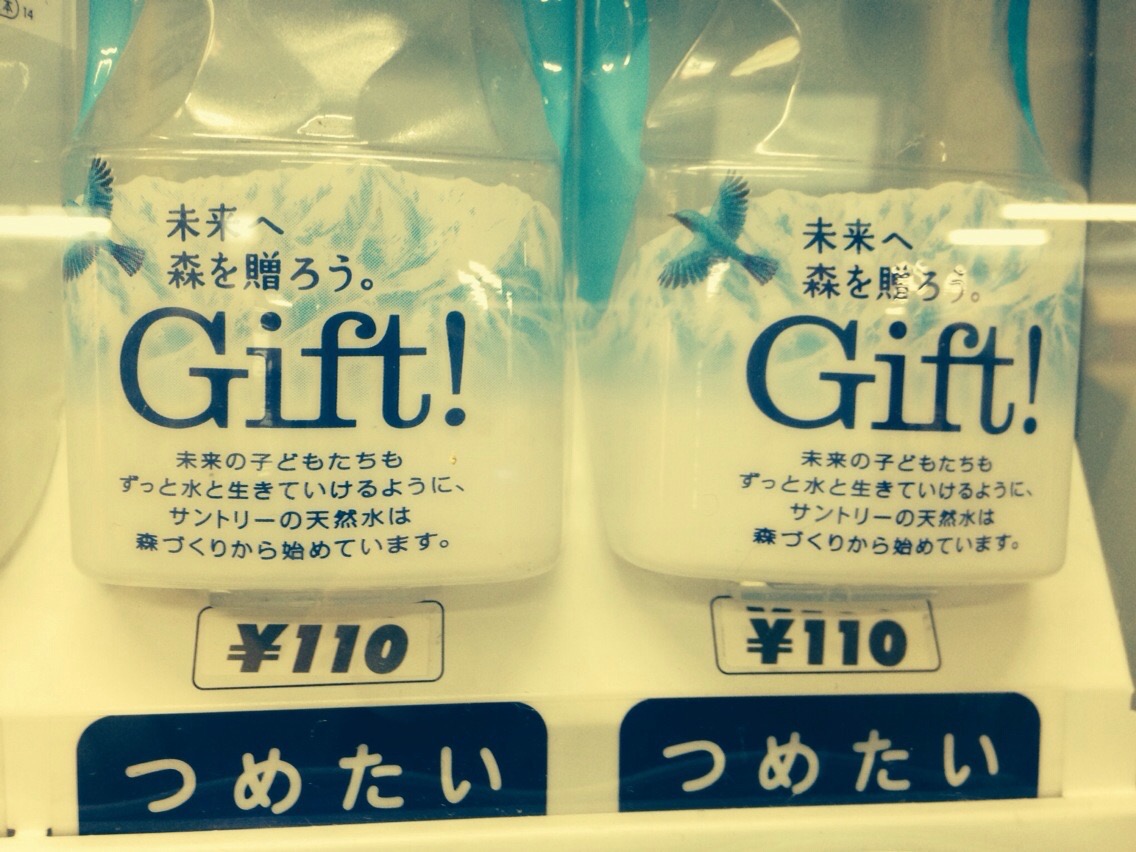 Why dream about a trip to Mars when you can fly to Japan? The land of the rising sun feels like an unknown planet to foreigners: fantastically futuristic and surprisingly bizarre.

I’m drawn to a hip café in the heart of Tokyo. According to a Japanese lifestyle magazine, it’s one of the capital’s hotspots. The menu is in Japanese, supplemented with English words. I decide to order the dish of the day, which has the English translation “vegetarian, vegetarian, drink, drink” and receive chicken curry.

Experts call the phenomenon “decorative English.” English is used, but for purely decorative purposes only. You’ll find English words used for a restaurant name, or to refer to a clothing shop or to present the heading “Lunch Menu.” The actual meaning of the English words doesn’t matter, because hardly anyone speaks the language – and that in spite of the fact that most Japanese take English classes for a minimum of six years. 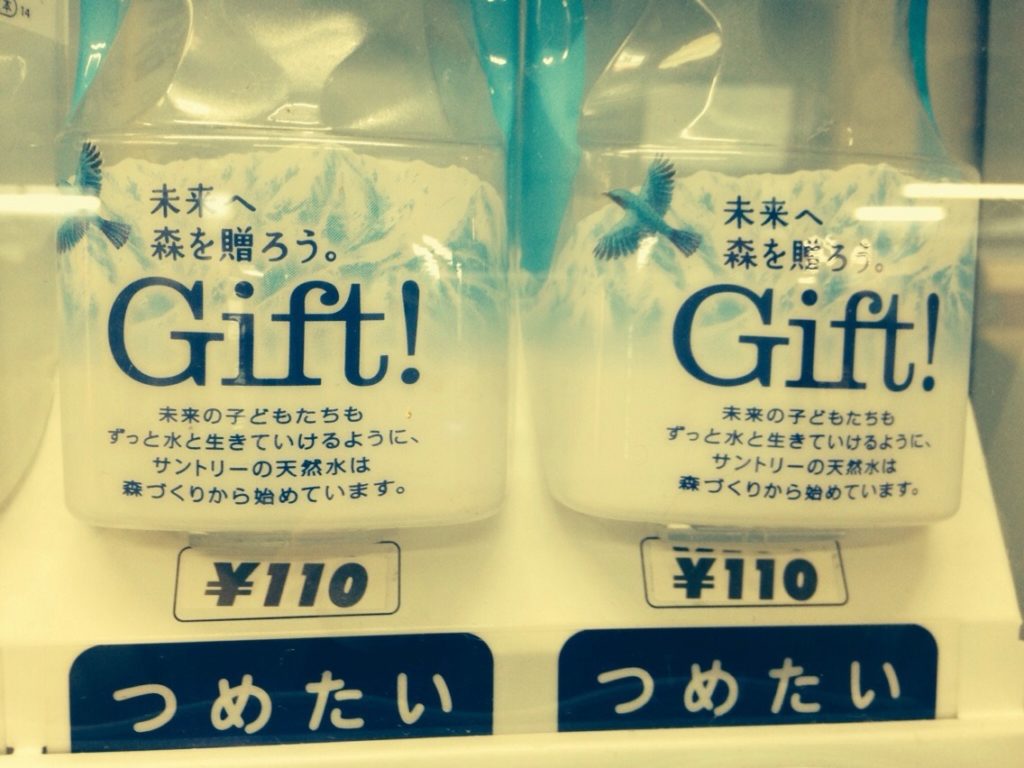 In Germany, “Gift” means poison. In Japan, it refers to a brand of bottled water. (Photo: Wüthrich)

When Otohime kisses the “Tornado Flush”
In Japan, every trip to the restroom is a mix of adventure, derring-do and comedy. Not suspecting anything, I had barely opened the door to the lavatory when the light went on automatically and the toilet lid opened. Those who pee standing up will now miss out on a big part of the spectacle to come. Because when you sit down on the squeaky clean toilet seat, your heart will skip a beat and your butt will start to sweat. The seat is heated and feels like the previous user just got up. At this point, the lavatory hasn’t been quiet for quite some time, because “Otohime” is there with you. Otohime translates as “noise princess” and refers to the flushing sound that charmingly drowns out all sounds of lavatory activities. Just glance at the “control panel” and you’ll see incredible things. You can choose how warm you want the toilet seat to be, but not only that: You can also select the type of bidet treatment you get afterwards. Only barbarians wipe themselves with paper. A wash, a rinse and a blow dry, please! Sheer indulgence for every rear-end! Those who are brave can take advantage of many special functions: How about a massage combined with a higher water temperature? And just how dangerous is the “Tornado Flush”? 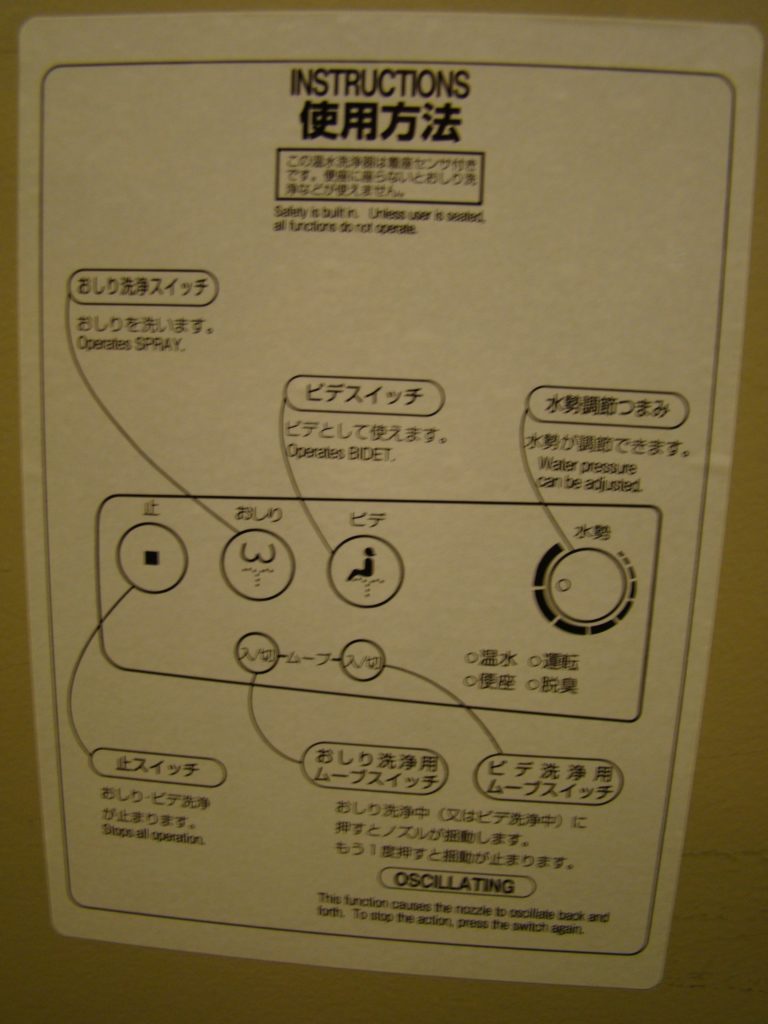 What sounded so dangerous couldn’t be any more unpretentious! The “Tornado Flush” is the name of a counter-clockwise flushing system that is supposed to be better at removing dirt. A small fan suctions off bad odors that are neutralized by a filter. It goes without saying that the toilet seat lid closes silently after the completion of the act. However, your “business” isn’t done yet. Toto, the Japanese market leader for high-tech toilets, stresses the fact that the latest generation of toilets also has a self-cleaning function.

May I introduce: Mr. Clean’s sisters!
For the “pink angels,” a self-cleaning toilet would surely be worth its weight in gold. These angels aren’t any old cleaning crew, but the 800-person cleaning staff that cleans Japan’s Shinkanzen trains every day. High-speed trains need high-speed cleaners. Every Shinkanzen only spends an average of 12 minutes at each station. For the first five minutes of the stop, the ladies, who are entirely dressed in pink, wait on the platform and bow to each exiting passenger. 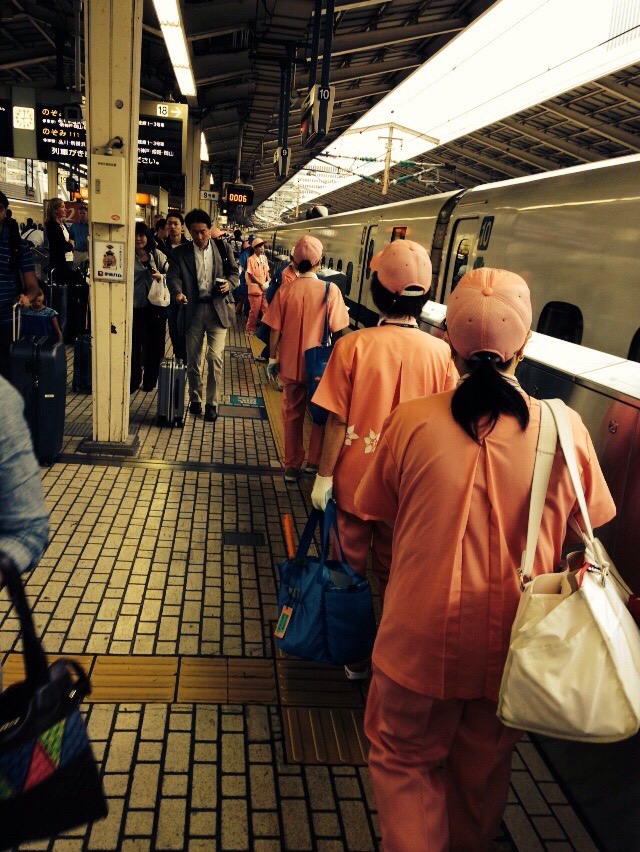 As for the cleaning job proper: It’s always 100 seats per angel, so there’s exactly seven minutes left to do the cleaning: 1.5 minutes to pick up the trash, 30 seconds to adjust the seats, four minutes to sweep and clean, and one minute for a final check. Mr. Clean himself couldn’t do a better, faster or more brilliant job. Dirty railcars are just as unacceptable in Japan as late Shinkanzen trains. Although there are more than 120,000 high-speed trains running every year, the average delay for a Shinkanzen train is only 36 seconds – per year, of course.

… nothing less than for all eternity!
Kobo Daishi would have been very impressed by the work ethic and punctuality of his countrymen. The founder of Shingon Buddhism is regarded as the father of Japanese culture in Japan. He founded the first public school and is honored as a teacher, poet and calligraphist. Kobo Daishi has been in a state of “eternal meditation” for quite some time now, according to his followers. To keep him strong, his subordinate monks make breakfast and cook lunch for him – freshly prepared, purely vegetarian, and using only the best ingredients. Undoubtedly, theirs is a noble gesture. The only question is whether Kobo Daishi is even hungry at all. Because one thing is clear: The exemplary monk has been meditating for quite some time – more precisely, ever since March 21, 835, that is, for a full 1,182 years.

The Shingon monks eat vegetarian Buddhist cuisine, forgoing meat, fish, onions, garlic and leeks, among other things. Guests at a Shingon monastery have rice and miso soup for breakfast; for dinner, sesame tofu, buckwheat noodles, dried soy milk skin and pickled vegetables. On the second day, I dream of butter swirls. On the third day, after breakfast, I smuggle white toast into my monastery cell.

At the end of 2013, UNESCO declared Japanese cuisine an Intangible Cultural Heritage, thereby reassuring all Japanese who feared for the preservation and purity of their culinary traditions. In 2007, the Japanese Ministry of Agriculture and Fisheries launched an initiative to preserve and maintain the purity of Japanese cuisine – it was nicknamed the “sushi police.” This initiative was to prevent “impure” Japanese dishes such as sushi with foie gras or sashimi with Mexican chili sauce. Only those who cook using original recipes and original ingredients may call themselves a Japanese restaurant. If Japan is written on it, then Japan should also be in it. Today, the “food fascism” situation has relaxed. The restaurant scene in Tokyo is booming. In 2013, no other city in the world had more 3-star Michelin restaurants (15). Tetsuya Saotome has earned one Michelin star. The master cook only uses ingredients already used in Japanese dishes 150 years ago. The sushi police would be delighted

… and now back to the future, please
Whether it’s meditating monks or cleaning angels: The focus in Japan is currently on the Tokyo 2020 Summer Olympics. Japan is interested in presenting a strong image of itself to the world. Roads, train lines and entire districts are in the process of being renewed. The Asian nation is investing 3.9 billion Swiss francs and is rebuilding 22 of the 37 Olympic venues. In addition, 2015 saw the start of construction work done on the world’s futuristic rail link. At a height of over 40 meters, a magnetic levitation train with speeds of over 500 km per hour will connect the cities of Tokyo, Nagoya and Osaka. The journey time for the 286 kilometers between Tokyo and Nagoya would be reduced to 40 minutes. The cost of the entire project is astronomical – 81 billion Swiss francs.

Japan’s government under Prime Minister Shinzō Abe is making every effort to give Japan a futuristic aura. But despite all the efforts, reality smacks of the past. Japan is aging. Every third Japanese person is over 60 years old. The share of the working population is continuously decreasing. Japan needs at least 200,000 additional guest workers per year. However, a conservative, xenophobic immigration policy limits immigration. Foreigners comprise only 1.7 percent of the population. Construction projects have come to a halt due to the labor shortage. Retail chains are closing. Sixty percent of Japanese companies can’t find enough workers.

The cost of living is rising. The average income is declining, and despite government support for childcare and fertility treatment, there are hardly any young people. Only 1.4 children per mother are born in Japan. According to demographic forecasts, the population will shrink by one-third by 2060.
Today, supermarkets already have a larger selection of diapers for elderly people than for babies. Retirees will mainly benefit from the new train line that is scheduled to go into operation in 2045. Population numbers aren’t likely to boom – unless the Martians discover Japan.